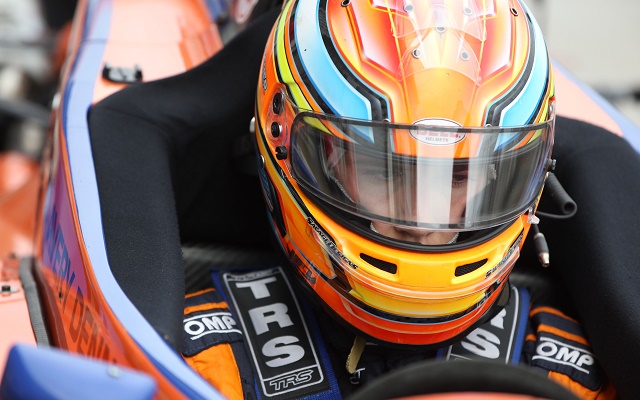 The 21-year-old made his switch to European single-seaters last year after winning the 2013 edition of the Formula Car Challenge.

He raced in the UK-based Protyre Formula Renault series with Cliff Dempsey’s squad and wound up sixth overall, recording his best finish of fourth in the Silverstone finale.

“I am so excited to get out to Italy and join the guys there,” commented Fischer. “Salvador Duran is someone I?ve always looked up to and followed. I can?t wait to learn from him and take things to the next level.”

“And as the only American driver racing in this series, I?m psyched to be representing the Stars and Stripes. It?s going to be epic.”

Duran, who was a two-time winner in both Formula Renault 3.5 and A1GP, announced his venture into team ownership last year.

“We are delighted to have signed TJ to our team,” he said. “He?s an exciting driver to watch, and is clearly an amazing talent. What makes him really special is how motivated and committed he is to honing his skills and being the very best he can be. We can?t wait to get to work!”