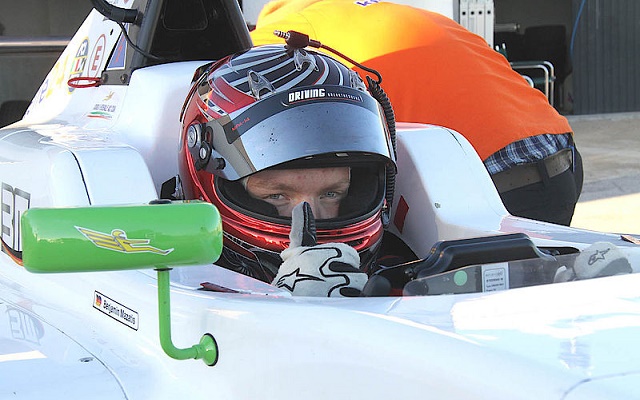 Mucke Motorsport have announced Benjamin Mazatis as their second driver for the first ADAC F4 season in 2015.

Mazatis, 17, was signed on as Mucke’s development driver in 2014 with a view for a race seat the next year.

“After a testing and training year with Mucke Motorsport, I see myself as very well-equipped for a successful year in ADAC Formula 4,” stated Mazatis. “I‘m really looking forward to it starting the 2015 season.”

Mucke Motorsport have been an ever-present fixture in the outgoing ADAC Formel Masters series, winning two drivers’ championship and one teams’ title.