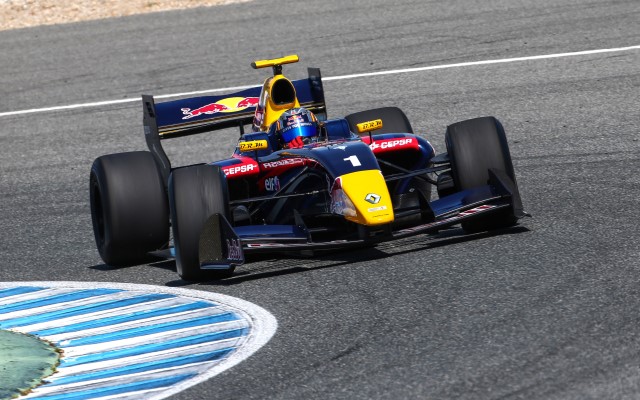 Carlos Sainz posted the best time in the afternoon session on day two of Formula Renault 3.5 testing at Jerez.

Fortec Motorsports had locked out the morning session on Tuesday and finished third and fourth in the afternoon with Sergey Sirotkin and Oliver Rowland respectively. Rowland’s morning benchmark was more than 1.3s quicker than Sainz’s afternoon time.

Series debutant Tio Ellinas took fifth in the afternoon for Tech 1, ahead of his switch to Pons for the final day of running on Wednesday.

Next were Draco driver Pietro Fantin and the Lotus pairing of Marlon Stockinger and Matthieu Vaxiviere, with Pierre Gasly (Arden) and Marco Sorensen (Lotus) completing the top ten.