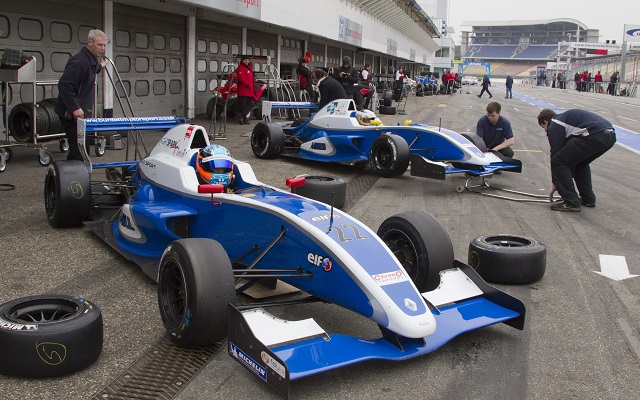 Kodric, who is set to contest a part-time campaign in NEC in addition to his Formula Renault Alps duties, was only seventh in the morning practice, which was topped by Jakub Dalewski, testing with Euronova Racing.

Ukyo Sasahara led Kodric in sixth, while Jake Hughes, Marek Bockmann and Jorge Cevallos made up the rest of the top ten.

The list of frontrunners was shaken up for the afternoon session, as Kodric topped the timesheets with the best overall lap of the test, as Louis Deletraz and Max Verstappen took second and third respectively.

Barnicoat took fourth, ahead of Owens and AVF duo of Geerts and Josef Zaruba, while Sasahara, Hughes and Bockmann closed out the top ten.

The Formula Renault NEC pre-season testing will continue on Thursday at the Dutch track of Assen.