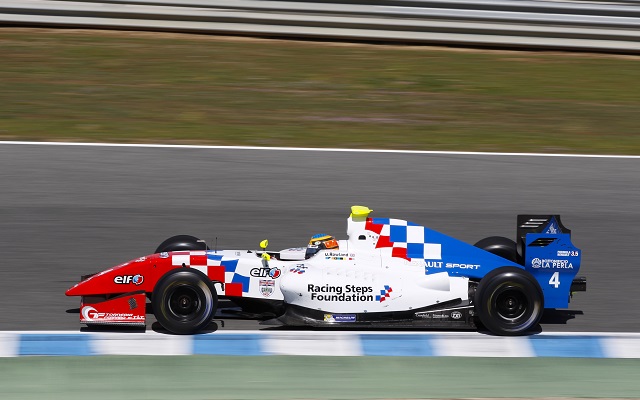 British racer Oliver Rowland led a Fortec Motorsports 1-2 in the morning session for day two of the Formula Renault 3.5 pre-season test at Jerez.

Rowland, who similarly topped the running in yesterday’s afternoon practice, took over at the top from Eurocup title rival Pierre Gasly halfway through the session and comfortably remained in the lead until the checkered flag.

His teammate Sergey Sirotkin wound up slotting in between the leaders shortly thereafter to complete a Fortec 1-2, while Red Bull junior Gasly settled for third.

Day one pacesetter Jazeman Jaafar was close behind in fourth for ISR, while, two tenths down, Carlos Sainz took fifth ahead of Pietro Fantin and teammate Norman Nato.