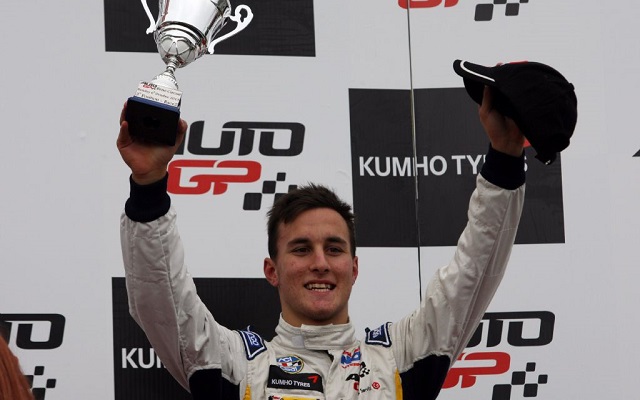 Italian racer Vittorio Ghirelli will make the switch to the Road to Indy ladder on the heels of his most successful year on the European racing scene, when he won the Auto GP drivers’ title.

The Italian tested in Indy Lights and in GP2 in the post-season, having previously scored a point in the latter during a part-time campaign in 2013.

“It?s very exciting and challenging to come and race here in the US, as my entire career was mainly concentrated in Europe,” stated Ghirelli. “I am sure TMR is the right place to be, being one of the most competitive teams in Indy Lights. The atmosphere in the team is a winning atmosphere which is what a driver needs to feel comfortable and go for it. For sure, I feel very confident after winning the Auto GP World Series Championship last year. And, even though everything is new for me here, I will not hesitate to give it my all. I have to thank my family, my sponsors, Mr. Moore and Mr. Wood who are all making this happen. Without their help I wouldn?t be here. Let?s get started!”

At Team Moore, Ghirelli will be joined by Pro Mazda graduate Zack Meyer. The 2014 edition of the Indy Lights series will commence on March 30th at St. Petersburg.

“We are thrilled to add Vittorio to our driver line-up”, noted squad co-owner Mark Moore. “This will be an exciting season with two young guns in the TMR cars. Vittorio may be young, but he is already an accomplished driver and champion. It will be great to have two strong contenders in the hunt for the championship this year. It is always a pleasure to work with young drivers in accomplishing their goals in our series on their way to IndyCar. It is what Indy Lights is all about.”

Fantin fastest on final morning of FR3.5 testing at Jerez