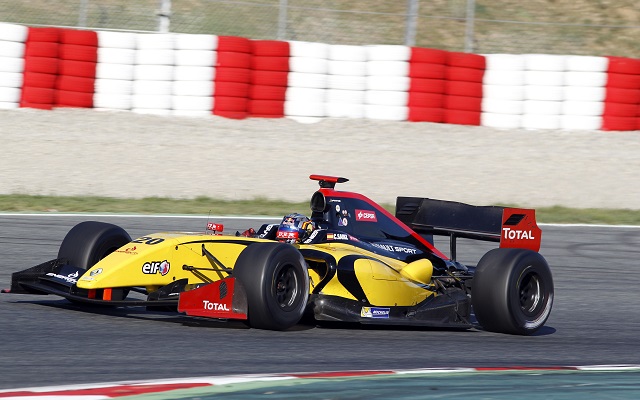 The young Spaniard, who is confirmed for a full-time drive with champion squad DAMS, overtook longtime session leader Pierre Gasly for first with thirteen minutes to go and would go on to further improve his benchmark lap.

Behind the DAMS driver, fellow Red Bull junior Gasly held on to second. The Frenchman stalled the car on-track early in the session but recovered to show frontrunning pace later on. He led the majority of the final hour of running, but couldn’t match Sainz in his last-minute stint.