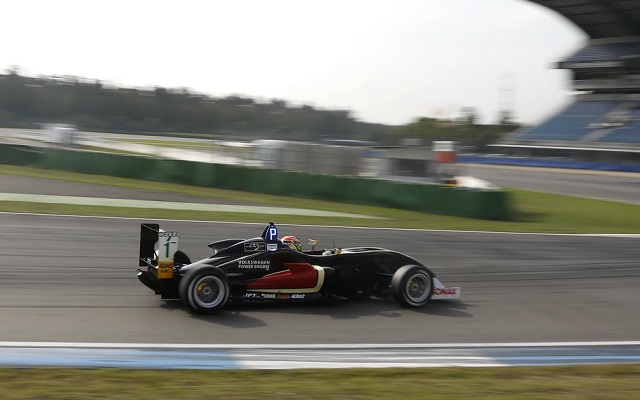 Colombian Andres Mendez will contest the German Formula Three Cup with Lotus, it has been announced.

The 21-year-old moves to Formula 3 after competing in Formula Renault 2.0 NEC last season with Mark Burdett Motorsport. Prior to that, he raced in his native Colombia as well as the Star Mazda Championship on the Road to Indy ladder in the United States.

?I value the experience which my new team has in other series such as GP2,? says Mendez. ?I will do my best to accomplish the team?s expectations and make them and my country proud.?

Timo Rumpfkeil, Lotus team principal, believes the Colombian has the potential to fight at the front, ?What we saw in testing convinced us that he is a talent with a lot of potential. I?m sure we can unleash this potential this coming season.?

The Lotus squad, which is run by Team Motopark, has been a mainstay in German F3, having won the title the past two seasons with Jimmy Eriksson and Marvin Kirchhofer respectively. In addition to Kirchhofer, the team also ran Emil Bernstorff, Artem Markelov and Sheban Siddiqi in 2013.

The Colombian is the first driver announced in a planned four-car line-up for the reigning champions. The 2014 German Formula Three Cup kicks off in late April at Oschersleben.