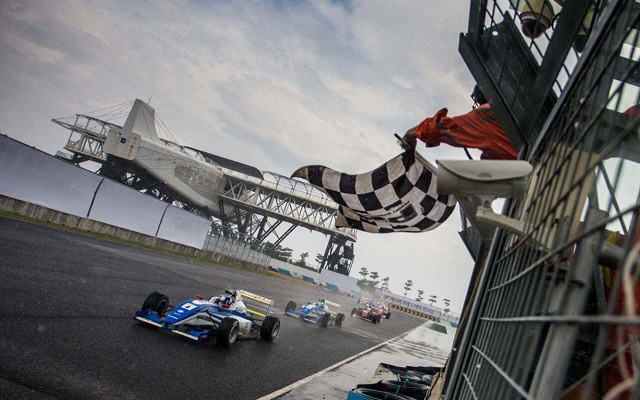 Estonian driver Martin Rump did his championship hopes a world of good by completing a sweep of three race wins at the Penbay International Circuit in Chinese Taipei, in the third round of the Formula Masters China Series season.

The KCMG driver started race two from pole after taking the fastest lap in race one, and after shaking off the challenge of championship rival Jake Parsons at the start, was able to pull away and record an easy victory, winning by 5.5 seconds.

A wet race three was no different for championship leader Rump, who was far ahead of the pack before a late safety car period. Rowe took a strong second place, with Fielding recording his first podium in the series in third.

Parsons struggled with understeer and was forced to contend with fourth, ahead of Aidan Read and Kiyohara. Woodroof, Swanepoel, Ye and Shangguan completed the top ten.