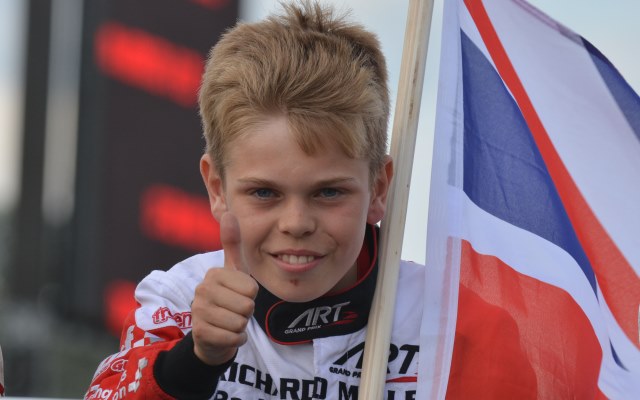 Smith, who turns 16 in April, steps up from karting, where he last year won the IAME X30 Junior International title.

The runner-up in the MSA Super One Cadet Championship and third in Formula Kart Stars in 2012, Smith has competed in the KFJ class for the past two years.

He will now step up to car racing in the new MSA Formula series, and is the first driver to be confirmed for top single-seater squad Fortec, who have already hit the track with their new car with RSF-backed Formula Renault 3.5 contender Oliver Rowland behind the wheel.

“It’s a really exciting challenge for me,” said Smith.

“Last year in karting was a pretty frustrating one which thankfully I managed to end on a high with the IAME X30 title.

“The aim now is to put that difficult year behind me and focus on doing the best job I can for me and the RSF. I’ll be racing with a top team and will hopefully be able to show what I’m really capable of.”

Racing Steps Foundation founder Graham Sharp added: “It will be a tough championship for Josh to cut his teeth on with so many established Formula Ford drivers and top karters lined up for seats on the grid.

“But Josh showed last year that he has the grit and determination to dig deep and perform even when the odds are stacked against him. With Fortec – which has a superb reputation for bringing on youngsters in junior formulae – the hope is that Josh will be able to hit the ground running.”