Rowland wins first Most race as Parry fails to finish 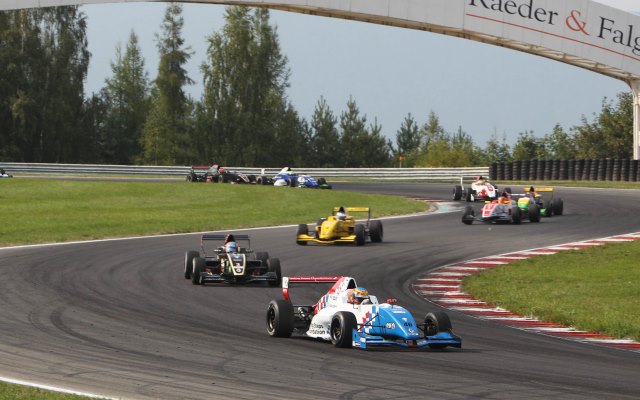 Oliver Rowland converted pole position into victory in the first of the two Formula Renault 2.0 NEC races at Most in the Czech Republic, while champion-elect Matt Parry was eliminated on the first lap.

Rowland led Oscar Tunjo throughout, finishing up 1.398 seconds ahead of the Colombian Lotus junior.

Parry, who can secure the title this weekend, started third but was taken out of proceedings at the start. Gustav Malja capitalised to finish in third while Jack Aitken, who is the closest driver to Parry in the standings, climbed three spots on the first lap to finish fourth and the first of the series regulars.

Steijn Schothorst recovered from a three-place grid penalty to come home fifth ahead of Andrea Pizzitola and Kuba Dalewski.?Alex Albon was eighth after starting 16th, with Raoul Owens and Dennis Olsen completing the top ten.