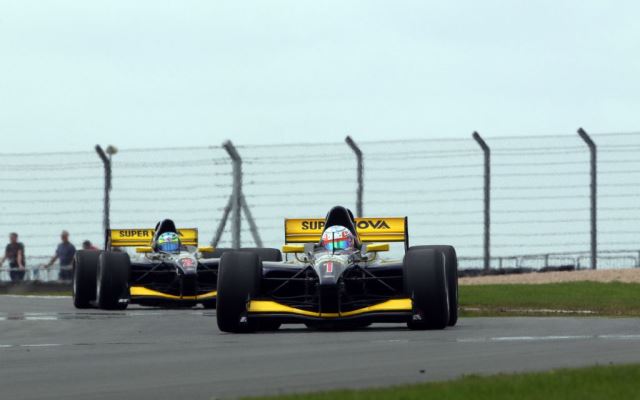 Two red flags had interrupted the bulk of the qualifying session but a late lap from Karthikeyan put him 0.097 seconds clear of Ghirelli.

The Super Nova pair finished up with a dominant advantage over the rest of the field, with third-placed Kevin Giovesi falling 0.429s short of the Indian veteran.

Double GP3 race winner Robert Visoiu claimed his best qualifying result in Auto GP to make it an all-Ghinzani second row. The third row will be formed of championship leader Kimiya Sato and his nearest challenger Sergio Campana, the Italian ahead.

Rowland wins first Most race as Parry fails to finish