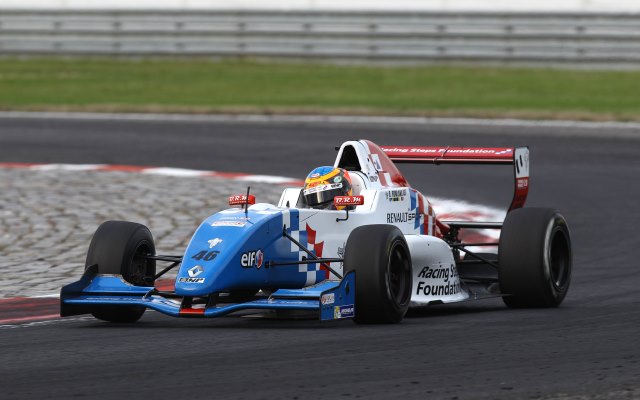 Oliver Rowland set the fastest time in Formula Renault 2.0 NEC qualifying at Most in the Czech Republic.

Gustav Malja will line up alongside Parry on row two. His Josef Kaufmann team-mate Steijn Schothorst should have been heading row three next to Esteban Ocon but will start eighth after a grid penalty.

That promotes Dennis Olsen and Jack Aitken, both fourth in their group. Sam MacLeod and Andrea Pizzitola completed the top five in their respective sessions and will complete the top ten on the grid for Saturday afternoon’s race.