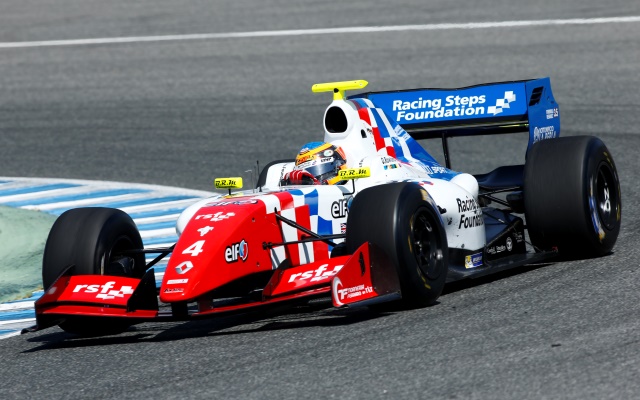 Oliver Rowland topped the timesheets in the afternoon session on day one of the Formula Renault 3.5 test at Jerez.

The Fortec driver was the only one to dip into the 1m26s during the session, but had four other drivers within a tenth of his time.

Marlon Stockinger took second for Lotus, 0.016 slower than Rowland and just one thousandth of a second ahead of DAMS driver Carlos Sainz.

Sergey Sirotkin managed fourth in the other Fortec car, 0.039s behind his team-mate, while Norman Nato was fifth for DAMS.

ISR’s Jazemann Jaafar managed the best time of the day during the morning session, and was 12th of the 23 runners in the afternoon.