Rowland secures first pole of the season at Spielberg 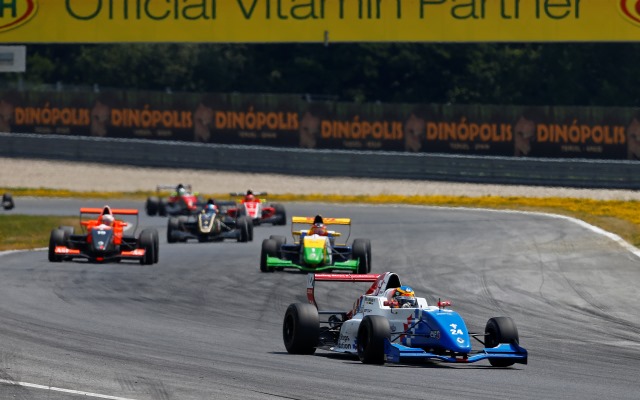 Championship leader Oliver Rowland recorded his first pole position of the Eurocup Formula Renault season, leading the way in group A in qualifying for race two at Spielberg

The Manor MP driver will be looking to extend his championship advantage but with second place contender Pierre Gasly alongside him on the front row it could make for an excellent race.

Fortec?s Ed Jones continues to show consistent pace this weekend, qualifying in third while yesterday?s pole sitter Alexander Albon will hope to leave his grid slot legally today after his jump start in race one cost him a maiden victory.

On the third row after his switch from RC Formula to Prema Powerteam is Aurelien Panis with yesterday?s race one winner Ignazio D?Agosto.

Sorensen completes Spielberg double with another win from pole