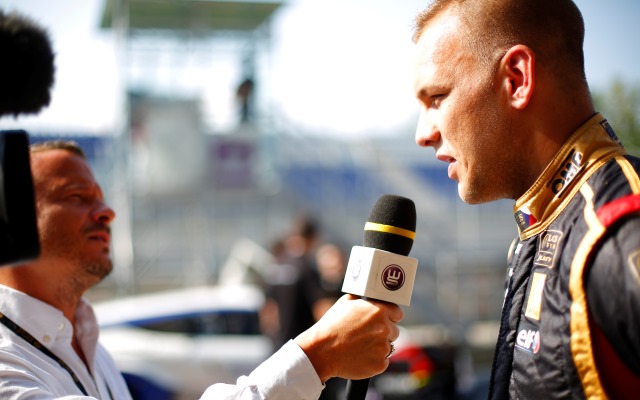 Sorensen was among the session’s frontrunners throughout the thirty-minute run, before securing pole position with a last-ditch effort.

It was Tech 1’s Nigel Melker who led the session coming up to the checkered flag, despite his best time being previously deleted due to speeding in the pitlane, but post-checkered improvement from Sorensen saw the Dutchman settle for a front row start.

Championship leader Kevin Magnussen took third and will be sharing row two with his main title rival and fellow McLaren junior Stoffel Vandoorne. P1’s Will Stevens will start from fifth.

Magnussen’s teammate Norman Nato will head out into the race from sixth on the grid, ahead of AV’s Arthur Pic and Antonio Felix da Costa, who had a troubled qualifying session, with his car stopping at the end of the pitlane early on and forcing the Portuguese driver to play catch-up for the rest of the run. Will Buller and Sergey Sirotkin rounded out the top ten.

Rowland secures first pole of the season at Spielberg