Rowland remains on top on second day of GP3 test 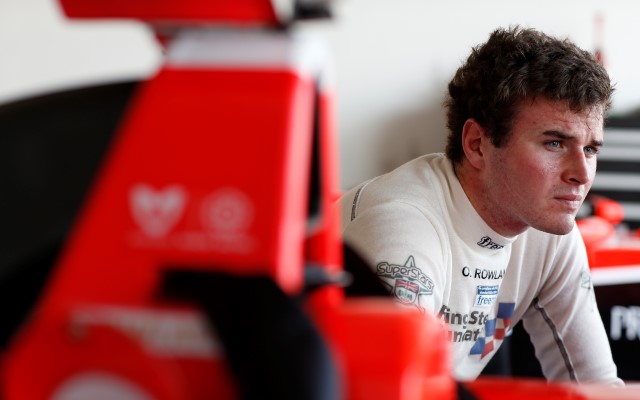 Oliver Rowland was again the fastest driver at the end of day two of GP3 post-season testing in Abu Dhabi.

While top spot was shared between a number of drivers during the afternoon session, Rowland moved back into top spot with 15 minutes remaining. The Formula Renault 2.0 graduate’s time of 1m55.600s was four tenths faster than he had managed earlier in the day in the Marussia Manor machine.

Patric Niederhauser was again the nearest man to Rowland, this time coming within 0.037s with his final effort with ART Grand Prix. Tuesday pace-setter Dean Stoneman was third for Koiranen with Robert Visoiu fourth for MW Arden, ensuring the top four was composed of the same quartet as in the morning.

Marvin Kirchhofer was the day’s first driver to dip below the 1m56s mark before slipping to fifth in his MW Arden entry. Roman de Beer was again sixth for Trident ahead of ART’s Alex Fontana and Russian Time’s Jimmy Eriksson.

Jann Mardenborough was ninth for Carlin with the UAE’s Ed Jones again in the top ten in tenth.