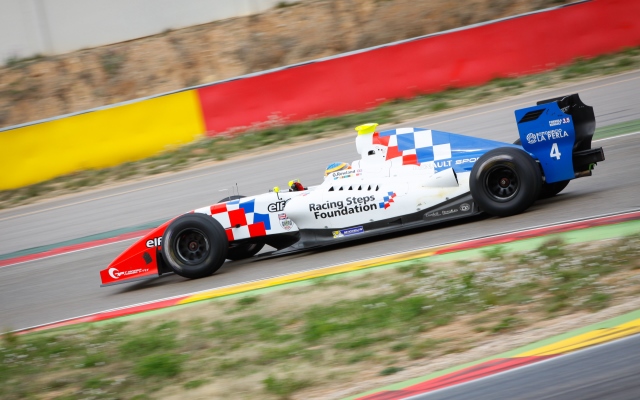 Oliver Rowland ended 2014 in the Formula Renault 3.5 Series by topping the final afternoon of testing at Motorland Aragon.

The Briton, who won at the Spanish venue in April and again in last month’s season finale at Jerez, ended his sole day of post-season running with Fortec with a time of 1m40.764s after the chequered flag.

That was enough to beat DAMS tester Jazeman Jaafar by 0.056 seconds.

Beitske Visser was fifth for AVF ahead of Arden’s Nicholas Latifi, whose morning benchmark remained the quickest time of the three-day Aragon test.