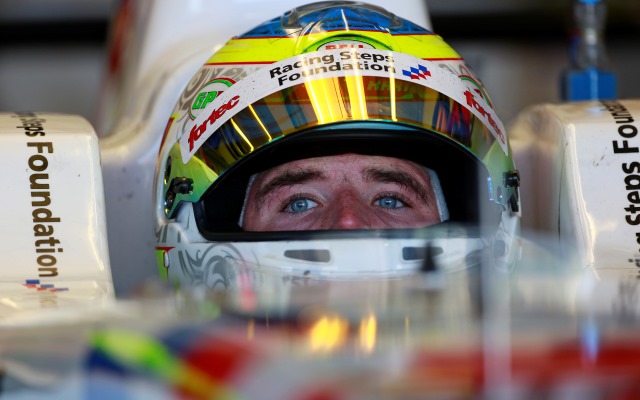 Oliver Rowland will start the final Formula Renault 3.5 race of the season from pole position after Roberto Merhi was penalised for impeding.

Merhi had originally claimed pole but has been given a two-place grid penalty for blocking?Marlon Stockinger that drops him to third behind Rowland and Pierre Gasly.

Two other drivers have received similar penalties: Zoel Amberg has been relegated from sixth to eighth for impeding Jazeman Jaafar, and Merhi’s Zeta Corse team-mate Roman Mavlanov, who had qualified 21st and last anyway, for disrupting Matthieu Vaxiviere.