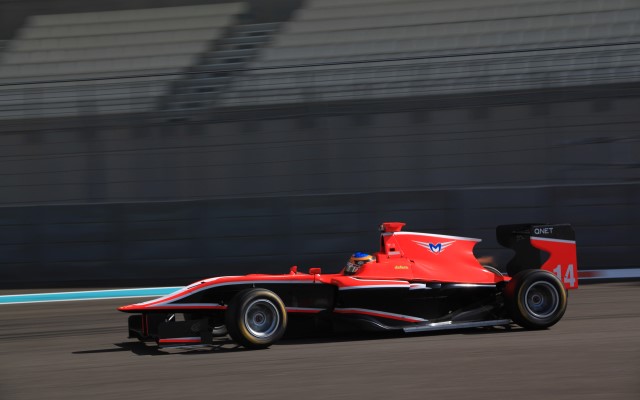 Oliver Rowland set the pace in the morning session on the second day of GP3 post-season testing in Abu Dhabi.

Driving for Marussia Manor Racing, the Racing Steps Foundation driver spent most of the session on top and finished a quarter of a second clear of Patric Niederhauser, who has switched from Jenzer to ART for day two.

Jenzer only ran David Fumanelli (13th) and Kevin Jorg (16th) during the session, but Gustavo Menezes will drive the third car in the afternoon.