Rowland doubles up at Most in second NEC race 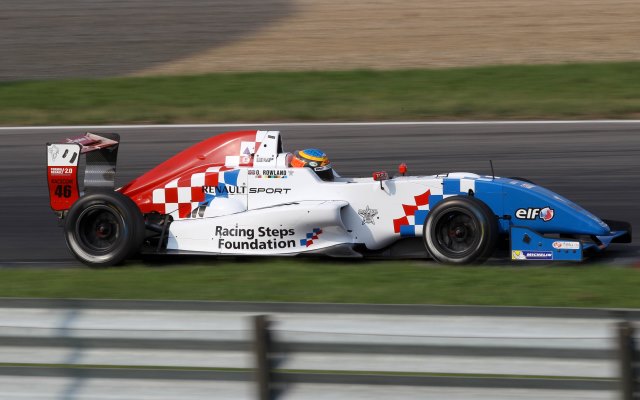 Oliver Rowland led every lap once again as he picked up his second win of the Formula Renault NEC weekend at Most in the Czech Republic.

Rowland finished 4.899 seconds clear of second-placed Esteban Ocon, who leapt up from sixth on the grid on the first lap.

Jack Aitken finished fourth ahead of Steijn Schothorst. Points leader Matt Parry ran fifth during the opening laps but, as in race one, he would fail to score as he slipped down to the back on lap seven, recovering only to 23rd place. His dramas have slashed his points advantage over Aitken from 121 to 74 in two races, and mean the title will not be decided until Zandvoort.

Oscar Tunjo would finish fifth, after going to opposite way of Lotus junior stable-mate Ocon on lap one and slipping from second to sixth. The Josef Kaufmann Racing quartet of Schothorst, Tunjo, Dennis Olsen and Gustav Malja followed each other across the line.

Andrea Pizzitola was eighth ahead of Alex Albon, who again made up significant ground after starting 17th. ART’s Tanart Sathienthirakul completed the top ten.

Gunther takes another victory at Lausitz

Markelov keeps Kirchhofer behind to win race three at Lausitz