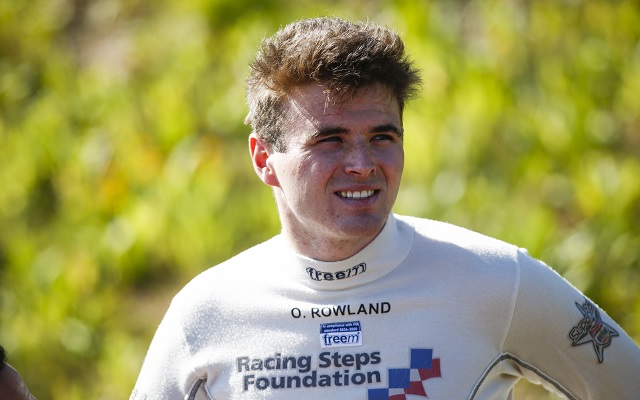 Oliver Rowland triumphed Formula Renault 3.5’s race one at Spielberg, confidently leading the way in an event which ended with a massive incident between Roberto Merhi and Nicholas Latifi.

A good launch from the Brit allowed him to take the lead with Dean Stoneman jumping into second, taking advantage of a sluggish getaway from Lotus drivers Marlon Stockinger and Matthieu Vaxiviere.

Stockinger, who returned from GP2 to race with his former team, dropped down the order after the start and retired in the pits on the first lap.

The safety car was out just after just after one corner when Meindert van Buuren tried to pass on the outside on the grass, lost control and crashed into both Alfonso Celis and Sean Gelael.

The restart was no problem for Rowland and the Fortec driver stayed in the lead, soon building a gap of? two seconds.

But the safety car then made another appearance when Roy Nissany stopped on the track duo to technical problems with his machinery.

Rowland had to defend from Stoneman as the Red Bull junior went side-by-side at turn two. However, no move was made and Rowland was into the clear afterwards and finished eight seconds ahead.

DAMS duo Stoneman and Nyck de Vries completed the podium, unable to keep up with Rowland.

Vaxiviere was running fourth in the beginning but lost out to Merhi at the second restart when the Spaniard made an aggressive move on him, forcing Vaxiviere off track.

Later on, Merhi received a 10-second time penalty for not respecting track minutes, which relegated him to 11th.

He was also involved in a massive crash after the checkered flag, the Pons driver rapidly slowing his car just after crossing the line.

That caught outthe quickly finishing Latifi, who couldn’t avoid the Spaniard’s car and hit him in high speed. Fortunately, both of them were able to walk away from the incident.

Latifi took fourth, ahead of Tom Dillmann, who recovered from ninth early in the race. Vaxiviere had to settle for sixth, closely followed by Strakka’s Gustav Malja and Tech 1’s Aurelien Panis.

The top ten was completed by Tio Ellinas and Jazeman Jaafar, the latter only making it into the points after Merhi’s penalty.