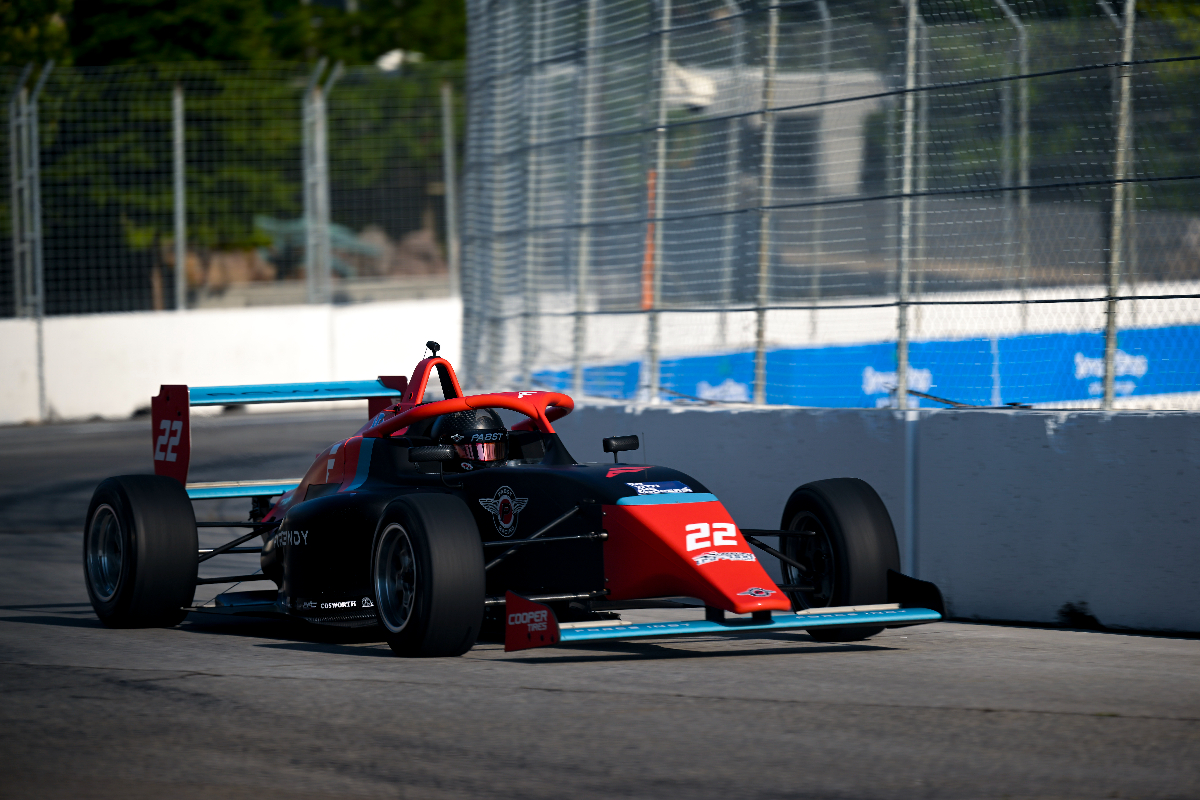 Myles Rowe earned redemption in Toronto with a dominant victory in the opening USF2000 race of the weekend.

Despite topping Q1, which set the grid for the race, Rowe was forced to start from third after taking the chequered flag twice in the session.

His Pabst Racing team-mate Jace Denmark inherited pole and retained the race lead on the opening lap while Rowe battled with Jagger Jones for second place. After putting Jones behind him, it wasn’t long before Rowe sped past Denmark and into the race lead.

Through the first half of the race, Denmark sat close behind his team-mate and ready to take advantage of any mistakes. But Rowe didn’t put a wheel wrong. Instead, a small mistake for Denmark dropped him back into the fight between Jones and Michael d’Orlando.

Jones and d’Orlando had been running close to the leaders early on but fell away as they fought for third. After his mistake, Denmark came under pressure from Jones, but Jones couldn’t find a way through.

It meant Rowe finished the race with a 5.852-second winning margin over Denmark, as Jones held off d’Orlando to complete the podium.

Jacob Douglas spent much of the race running by himself, but came under attack late on from Nicky Hays. He held off the Cape Motorsport driver to finish in a comfortable fifth place.

After an early battle, Spik Kohlbecker came through to take seventh, ahead of Christian Weir and Nicholas d’Orlando. Dylan Christie completed the top 10.