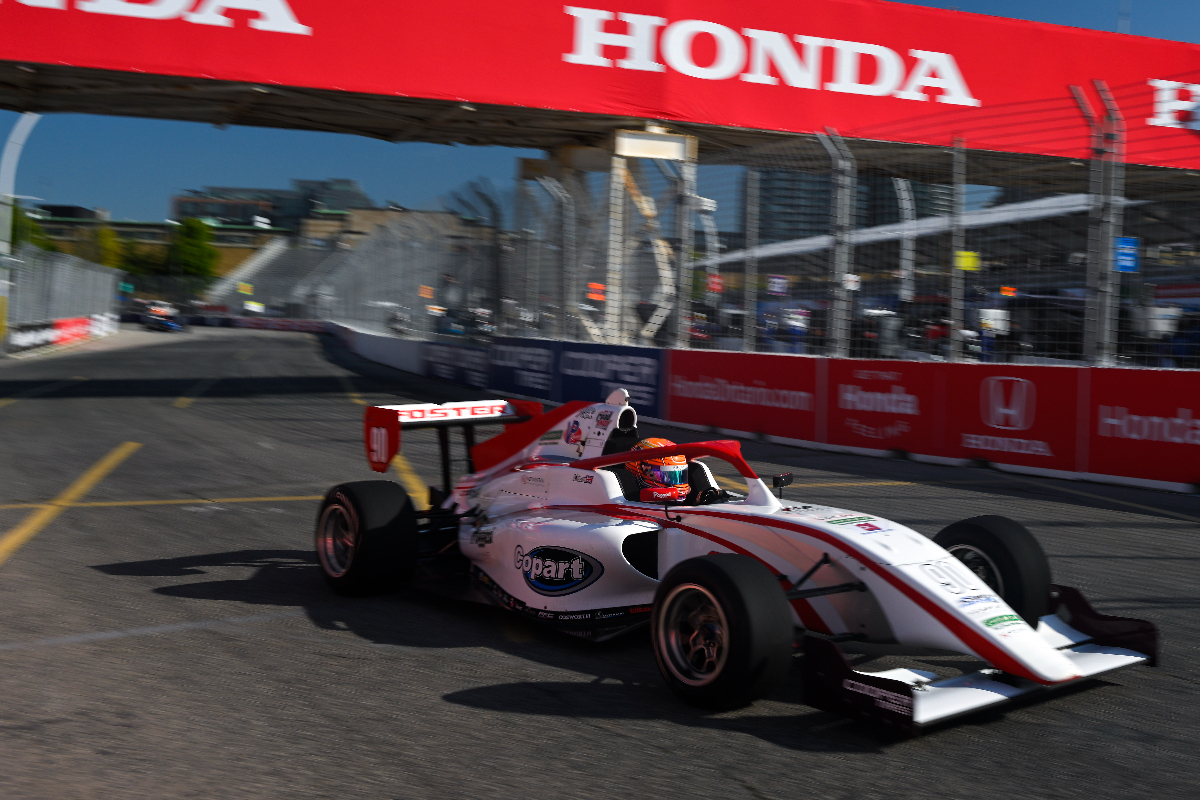 There were no position changes for drivers starting in the top five during the opening lap, with poleman Foster holding on to first place. Further back, Pabst Racing’s Jordan Missig moved up to seventh after gaining two places and Miller Vinatieri Motorsports’ Jack William Miller placed himself within the top 10 from 13th on the grid.

A full course yellow was required to pick up the front wing lost by Turn 3 Motorsport’s Jonathan Browne right at the start, and so there was a fresh start to racing at the end of lap two. Turn 3’s Josh Green passed DEForce Racing’s Nolan Siegel for fourth, while Missig also made the most out of the restart to overtake Jay Howard Driver Development’s Braden Eves for sixth.

Juncos Hollinger Racing’s Reece Gold was putting pressure on team-mate Enaam Ahmed for second when the race went into another full course yellow for a second time due to an incident involving JHDD driver Salvador de Alba.

The race went green again with 14 laps to go, and Foster nailed the restart to keep the lead. Ahmed also made a strong restart, enough to open a small gap with those behind him.

Meanwhile an aggressive Green dived into the inside of Gold at turn three to take third place. The move left Gold in a vulnerable position having to defend hard from Siegel and Missig.

The race progressed and Green reduced the gap to Ahmed, but he was never close enough to attempt a move for second place.

All the while, no one was able to match Foster’s pace at the front. The championship leader took the chequered flag 5.2348 seconds ahead of Ahmed and Green, who completed the podium.

Eves, who was running in eighth, lost four places on the last lap and came home in 12th position.