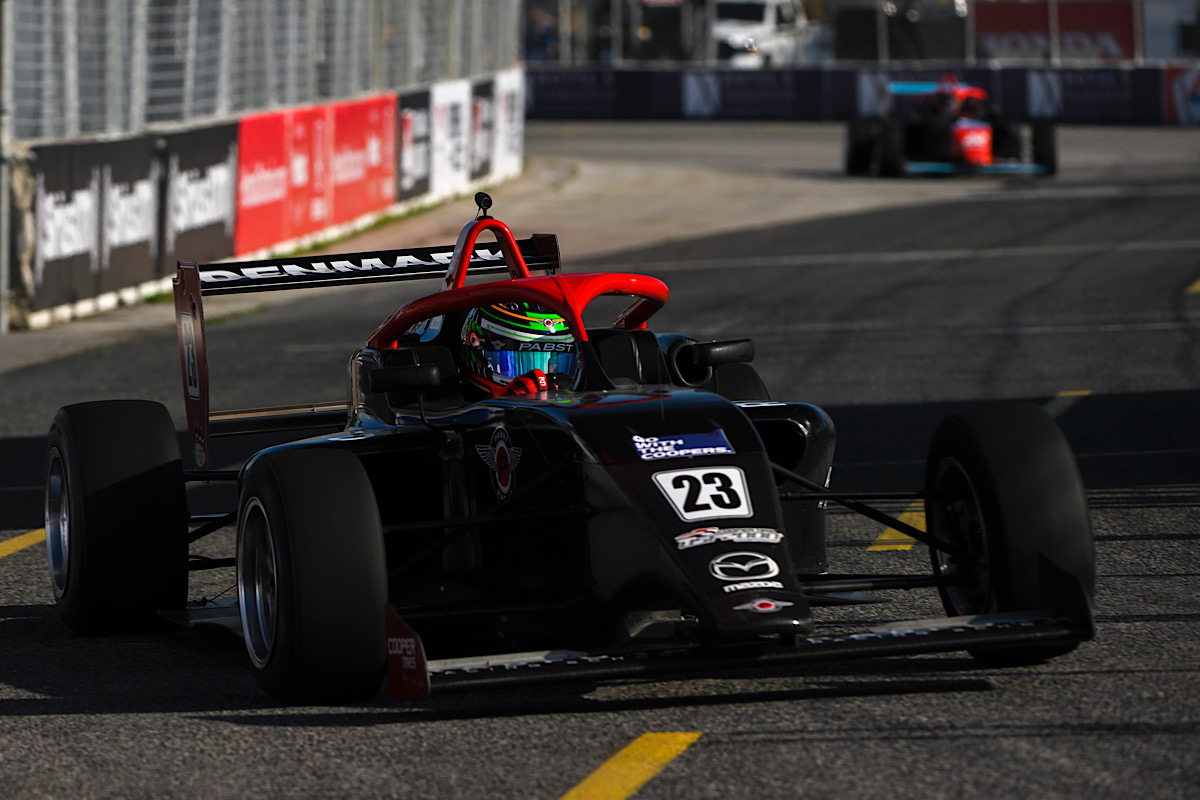 Jace Denmark topped the second USF2000 qualifying session to earn his second pole position of the weekend in Toronto.

Denmark finished second quickest in qualifying one behind team-mate Myles Rowe, but Rowe was demoted two positions for taking the chequered flag twice.

This time, Denmark would top the times on track with a lap time of 1m12.190s.

The Pabst Racing driver topped the order early on with a time of 1m14.000s and gradually brought the fastest lap down. Jagger Jones briefly took the top spot, only to be knocked down to P2 by Evagoras Papasavvas.

Denmark returned to the top of the order and, after swapping places with Rowe a number of times, finally set a lap time that would be unreachable by the rest of the field.

The session was ended a minute early when Nicholas d’Orlando hit the tyre barriers at the final corner, bringing out the red flag and halting any final flying laps.

Jones jumped up to second just before the red flag with a time 0.042s off Denmark’s pace.

Rowe qualified P3, ahead of championship rival Michael d’Orlando. D’Orlando spent most of the session towards the tail end of the field but jumped up to P4 shortly before the red flag.

Billy Frazer took fifth after running at the sharp end of the field early on. Thomas Nepveu and Jacob Douglas took sixth and seventh.