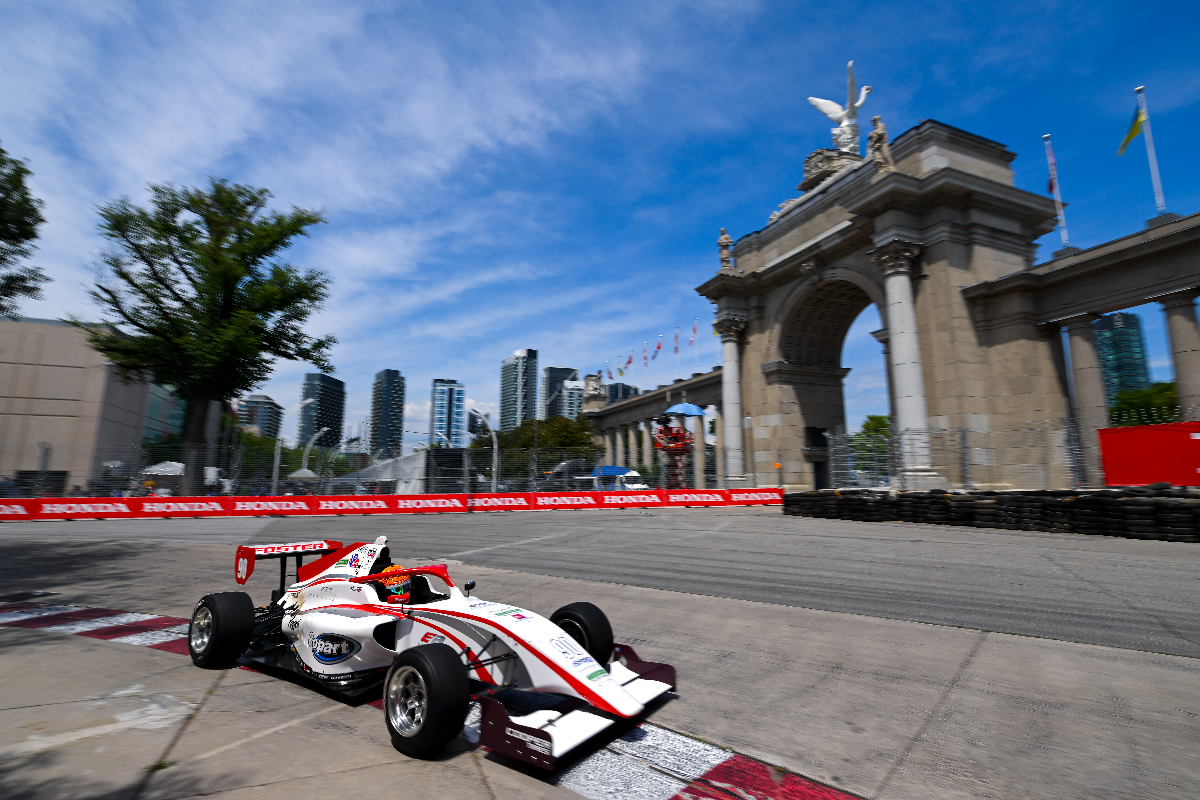 Exclusive Autosport’s Louis Foster claimed pole for the second time this weekend on the streets of Toronto, his fourth consecutive pole position of the season.

Foster and Turn 3 Motorsport’s Josh Green exchanged first place in the early minutes of the session.

Points leader Foster topped the times when the cars headed into the pitlane for new tyres. At that point, second place was occupied by DEForce Racing’s Kiko Porto, who demoted Green to third before entering the pits.

It took drivers a couple of laps in the second run before being able to improve their first run benchmarks.

Green was the first one to lower his laptime, retaking second place from Porto.

Drivers continued to improve and it was DEForce Racing’s Nolan Siegel who went on top of the times with two consecutive fastest laps. With a lap of 1m09.2368s, he was the first one to clock a lap faster than the qualifying one pole time.

Foster soon took the top spot again and briefly lost it to Green with just over three minutes remaining on the clock before regaining it the lap later to eventually claim pole once again.

An incident on the lap back to the pitlane resulted in Green stopping in the pit entry with a damaged car. The red flag wasn’t waved as the session had already ended, therefore he is expected to keep third place.