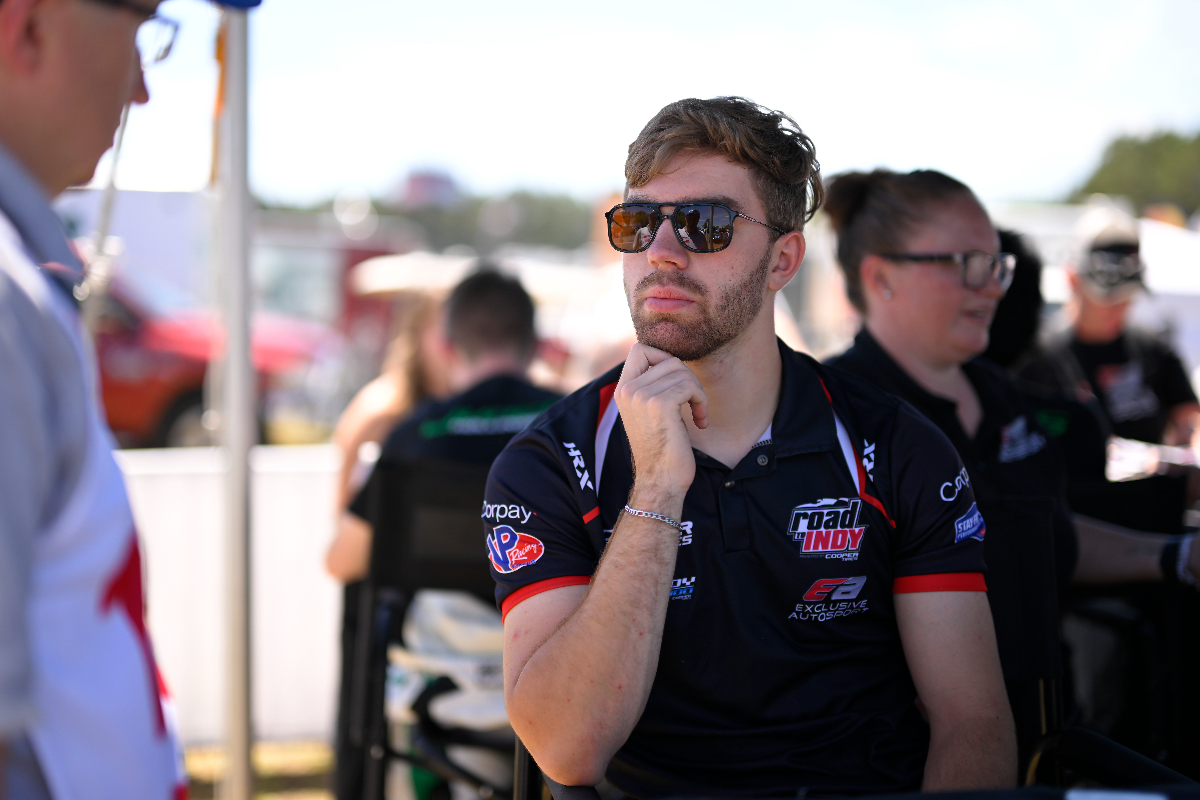 The Exclusive Autosport driver just pipped Juncos Hollinger Racing’s Enaam Ahmed to top spot in Friday afternoon qualifying by 0.0836 seconds, with Ahmed having set the early pace on what is also his first visit to the track.

Braden Eves was next to top the times after Ahmed, being the first driver to lap in the 1m10s. Foster soon took over at the top though, and he broke into the 1m09s.

He was on provisional pole when the session was red flagged after Jack William Miller spun around and crashed exiting turn one, and then disputed first place with Eves when qualifying resumed and all but Miller headed back out.

Foster couldn’t find any more pace in the final minutes while his rivals were all improving, but none could quite get close enough to his best laptime.

Ahmed and Gold both set their fastest laps on their final efforts, and Gold was 0.1430s off pole in third place.

Yuven Sundaramoorthy was in second when the red flags were waved, and he took longer to find a new limit after the restart and ended up qualifying down in seventh.