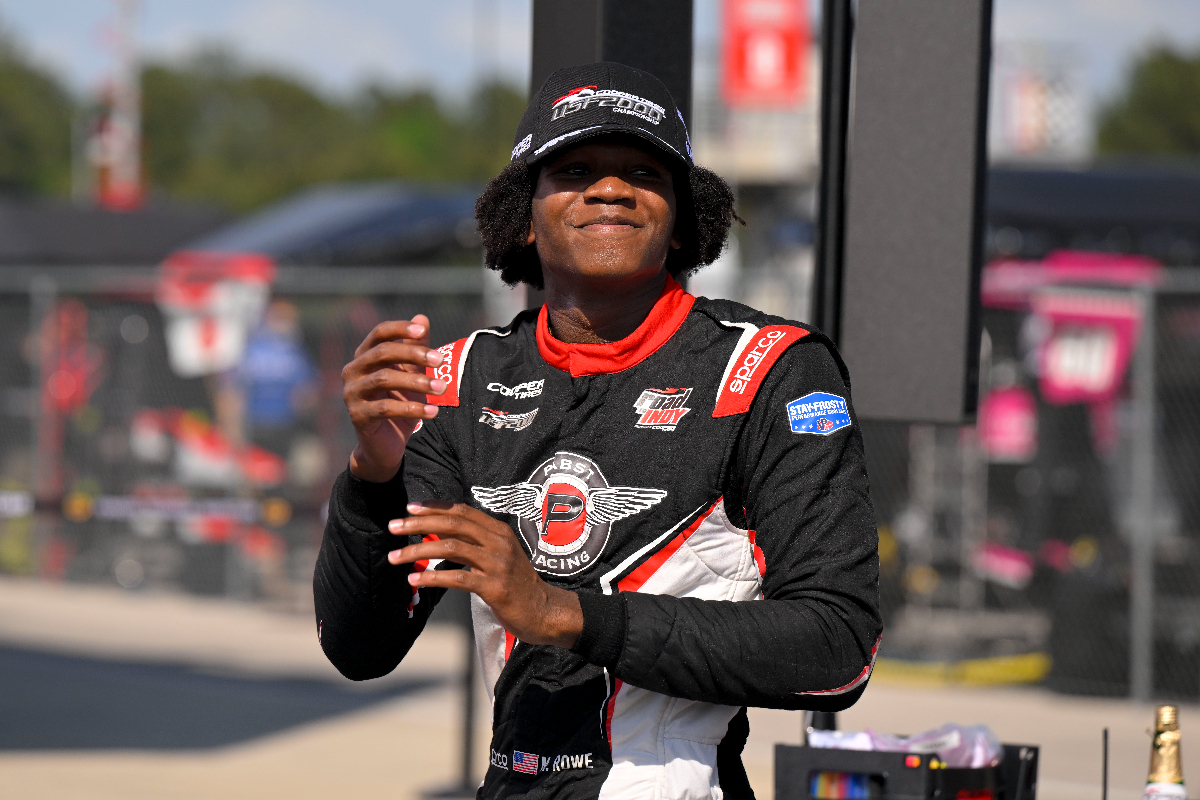 Myles Rowe came out on top of qualifying for USF2000’s first race in Toronto in a session where six drivers were fighting for pole.

Qualifying was split into two by an early red flag as DEForce Racing’s Thomas Nepveu spun exiting turn 11 and lost a wing, while Exclusive Autosport’s Billy Frazer was denied a chance to set a flying lap by a technical issue as soon as he headed out.

Turn 3 Motorsport’s Christian Weir was on top prior to the stoppage, but the pace improved so quickly after qualifying resumed that he was immediately toppled by Cape Motorsports’ Michael d’Orlando by almost a second.

Weir reclaimed top spot by becoming the first driver in the session to lap sub-1m14s, putting him almost half a second clear of everyone else, then Pabst Racing’s Jace Denmark went top with his next two laps.

His team-mate Rowe sat in second place, but the Pabst one-two became a two-three when d’Orlando set a 1m13.2791s. He struck one hundredth of a second of that effort next time by, but d’Orlando was then beaten by Denmark.

On the next lap it was Rowe who was quickest, and by a few tenths of a second as he broke into the 1m12s. Denmark got back into second, and Excusive’s Jacob Douglas jumped up to third, but none of the top three improved on their last effort before the chequered flag.

D’Orlando did improve but did not move up from fourth, and they all had time for one more lap after crossing the line. Rowe found a little more pace, setting a 1m12.8169 to secure himself pole and an extra championship point, while Denmark failed to improve in second and Cape’s Jagger Jones bagged himself a row two starting spot by going faster than Douglas – who damaged the rear-right of his car by striking a wall at the end of qualifying – and d’Orlando.

Weir’s final lap put him sixth on the grid, and impressively DEForce got Nepveu back on track and he was able to qualify 13th just behind Nicholas d’Orlando, who has moved from Velocity Racing Development to Exclusive for this weekend.