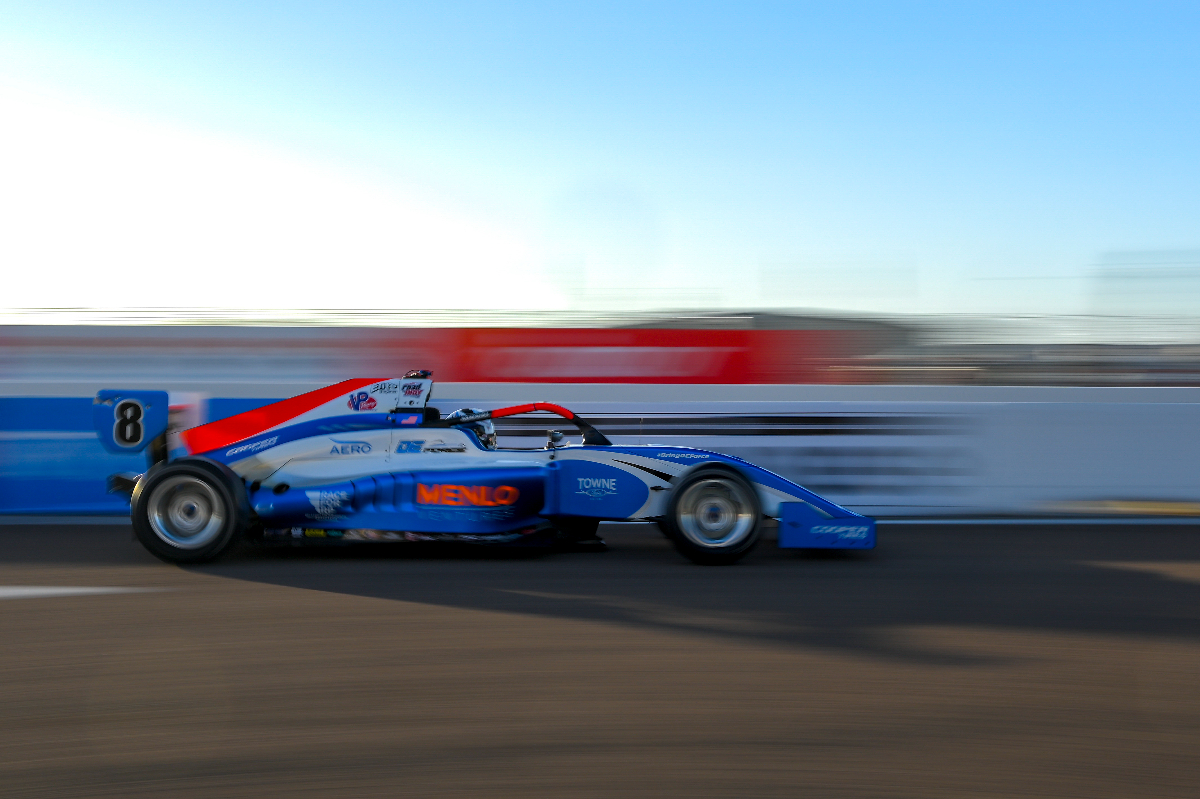 Nolan Siegel snuck in a lap at the very end of Indy Pro 2000 free practice in Toronto to top the times on the series’ return to Canada.

DEForce Racing’s Kiko Porto was the fastest driver fresh out of the pits, almost three quarters of a second faster than anyone else.

Tuen 3 Motorsport’s Josh Green and then Exclusive Autosport’s Louis Foster bettered him, but Porto had been later on to the track and his second flying lap put him back ahead of Green who had done twice as many laps.

Porto became the first driver to break into the 1m11s, and Foster was almost able to match him before the first runs ended.

Foster knew where the track was gripping up for his second run and improved his pace into the 1m10s while Jack William Miller, whose Miller Vinatieri Motorsports team is supported by Foster’s rose to second place.

Porto found more time on his return to track but slipped down the order to sixth going into the final 10 minutes.

Reece Gold demoted Miller from second, then Siegel snuck ahead of him just before Exclusive’s Lindsay Brewer nosed her car into the turn eight barriers and the session had to be red flagged while she reversed and drove it back to the pits.

There was still five minutes left to run when the green flag was waved again, and she was able to put on a new front wing and set more laps while the pace continued to improve at the top.

Foster set a 1m10.7076s that looked like it would keep him in first place, and Gold went two tenths slower than him to stay in second. There was time still for two more laps, and Gold improved again but was still a tenth off Foster. Then as the chequered flag waved there was a change at the top as Siegel came through with a 1m10.5814s lap.

Jay Howard Driver Development’s Braden Eves rose to fourth with his final effort, half a second off the pace, and Porto got back up to fifth place at the end of his final run.

How ERA’s first race delivered, and why to note the series it supports too