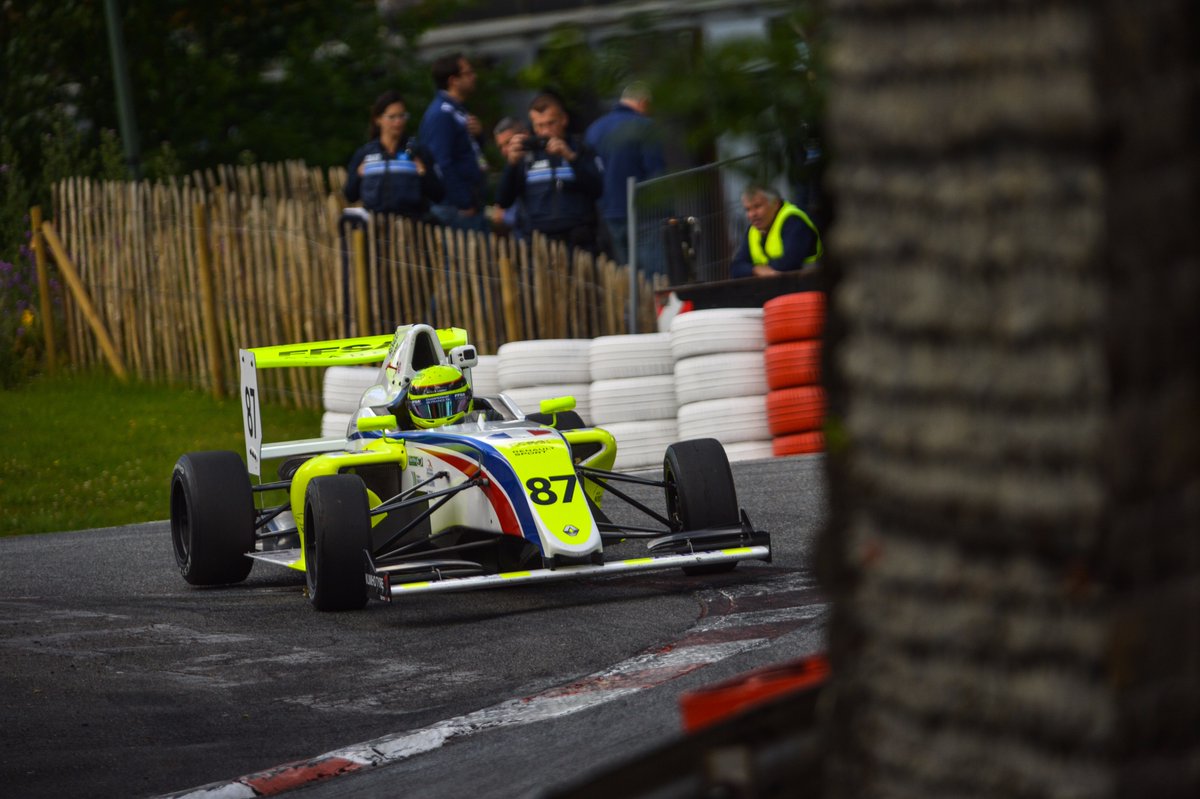 Rougier qualified on pole position on Friday and held the lead at the start, as behind, Jean-Baptiste Mela made a jump-start from fourth on the grid to beat championship leader Victor Martins into second place.

Mela served a drive-through for his transgression at the end of lap five, handing Rougier a 1.3-second advantage over Martins.

With five of the scheduled 20 minutes remaining, heavy rain began to fall with the field on slicks, causing lap-times to drop by around?15 seconds.

Although there were no incidents of note over the subsequent laps, the race was red-flagged with two minutes remaining, just as the leaders began their 13th lap.

Rougier had a half-second advantage over Martins at the line, with a similar gap back to third-placed Marvin Klein, who scooped his first podium of the season.

Stuart White took fourth, while Florian Venturi had been running fifth before an incident in the middle of the race forced him out, and relegated Charles Milesi who had been just behind him.

Casper Roes therefore claimed fifth in front of Christian Munoz and the recovering Mela, with Javier Gonzalez, Aldo Festante and Thomas Drouet rounding out the top 10.

Fifth-row starters Pierre-Alexandre Jean and Hugo Chevalier were eliminated after contact at Gare on the first lap.