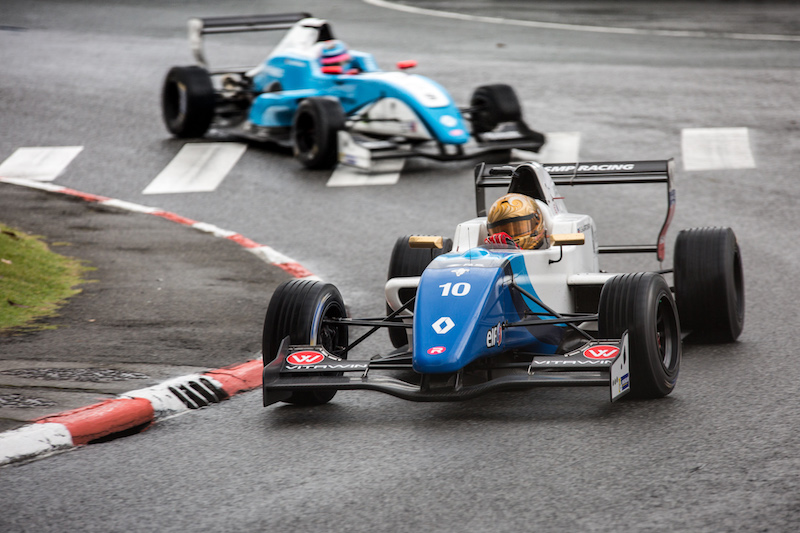 Pau rookie Robert Shwartzman has taken?pole position for the first Formula Renault Eurocup race of the weekend on the French street circuit.

The Russian came out on top in the second half of the split qualifying session, and went underneath the best time in the set in the opening session by his R-ace GP team-mate Max Defourny with five minutes left on the clock.

It appeared that time would remain the best, but Shwartzman eventually lowered his mark to a 1m13.447s on his very last lap.

That was 0.29 seconds faster than his closest rival Gabriel Aubry, who will head up the second row of the grid alongside championship leader Will Palmer, who was exactly a tenth slower than Defourny in the first group.

Ve de Ve champion Alex Peroni kept up his impressive form with third in group two, putting him ahead of street circuit expert Sacha Fenestraz on the grid.

Rookies Max Fewtrell and Yifei Ye will share row four of the grid in front of Raul Guzman and Dan Ticktum, who got himself ahead of MP Motorsport duo Jarno Opmeer and Richard Verschoor at the end of the first segment to bag a place in the top 10.

Gregoire Saucy and Luis Leeds both found the barriers in the first session, before Silverstone podium finisher Henrique Chaves did the same in the second.