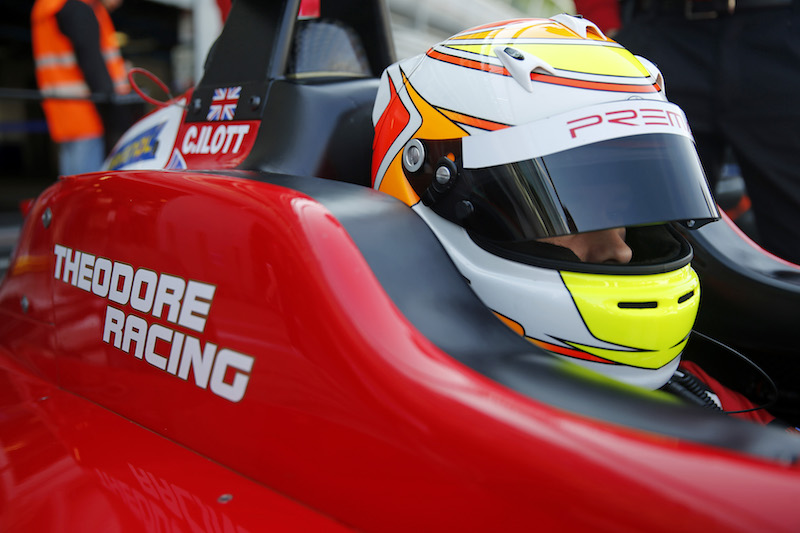 The Prema-run Briton topped both free practice sessions on a drying track in the morning and then dominated the first half of the split qualifying session.

His best time of 1m09.514s was 0.368 seconds quicker than championship leader Joel Eriksson, and quicker than anybody could manage from the second qualifying group that followed.

Norris claimed top spot in the group away from Gunther with three minutes remaining with a 1m09.724s, but that would be the best he or anybody else could manage following a red flag with just over two minutes remaining.

The session restarted with enough time for one flying lap each, but none could find the pace needed to improve their times.

Norris therefore forms an all-British front row on his first time?on the streets of Pau, with Gunther to join Eriksson on row two.

Dennis had been only five thousandths of a second behind Ilott in practice but will line up?sixth on the grid alongside impressive Australian rookie Joey Mawson, who repeated his practice result with fifth having gone third quickest in the first group, just a quarter of a tenth slower than his old ADAC Formula 4 rival Eriksson.

Guan Yu Zhou was also close to Eriksson and will head up row four of the grid with Jake Hughes alongside him.

Hughes’ Hitech team-mate Nikita Mazepin beat another of the squad’s drivers Ralf Aron to fifth in the first group to take ninth on the grid with Pedro Piquet to round out the top 10.