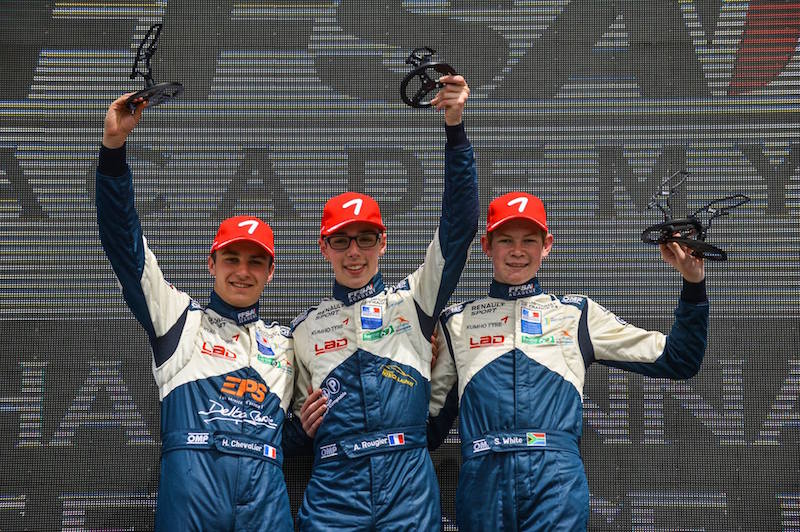 Arthur Rougier?made it a French Formula 4 double on the streets of Pau with victory in race three, as rival Victor Martins hit trouble?and three drivers collided fighting for third on the final lap.

Rougier was a second clear after the first lap and gradually increased his advantage to almost three seconds before the late drama behind him, which extended his margin to 5.5s.

The win puts Rougier into a 10-point?championship lead after Martins finished a lap down in last place.

Starting third on the grid, the world junior karting champion?was passed for third by Jean-Baptiste Mela on lap two when he ran wide and over the kerb exiting Gare, and three laps later he was seen at a halt at Lycee.

He visited the pits and continued, but did so a lap down.

Marvin Klein was on course for second before being attacked by Mela on the last lap at Lycee.

When Mela ran deep, all locked up, Klein tried to cut underneath him but Stuart White was also on the inside trying to pass both.

The three cars tangled on the exit, leaving Mela in the barriers and Klein stopping just down the track, while Hugo Chevalier nipped past White for second place.