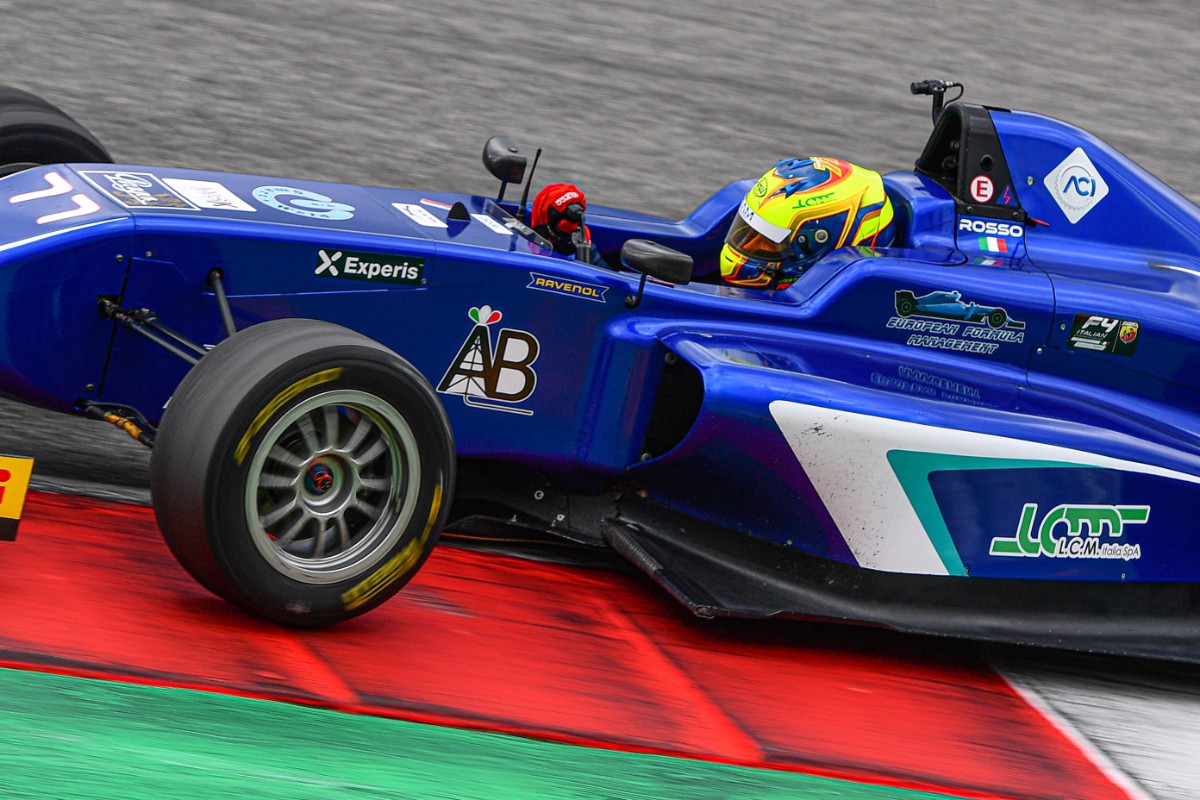 Andrea Rosso has reversed his decision to quit racing and will join the Race Performance Motorsport team in this weekend’s Formula Regional European Championship round at the Hungaroring.

The Motorsport Games Formula 4 Cup gold medallist announced in April he would end his motorsport career after he failed to secure a racing programme for the year.

Through 2019 and 2020 he raced in Italian F4, doing four rounds with AKM Motorsport in his rookie season and then joining Cram Motorsport for his sophomore campaign which resulted in three wins, two poles and seventh in the standings.

During his rookie year in single-seaters he also represented Italy in the inaugural edition of the Motorsport Games at Vallelunga, winning the competition for F4 cars.

Last year he stepped up to FREC with the MP Motorsport-run FA Racing team and scored points twice en route to 19th in the championship. His last on-track appearance was in February this year as he tested a Honda NSX GT3 Evo 22 car from Italian GT at the Tazio Nuvolari circuit in Italy.

“Sometimes life reopens doors that you thought were closed forever,” Rosso said in an Instagram post as his FREC return with R-P-M was announced.

“To everybody involved in this opportunity, thank you from the bottom of my heart. See you at the Hungaroring for round six of the FREC. Ready to have fun. Let’s go R-P-M.”

In its first season, R-P-M has run two cars in FREC so far with team boss Keith Donegan at the wheel of one of the machines. It is has not been confirmed, but it is understood that Rosso takes the place of Donegan this weekend.