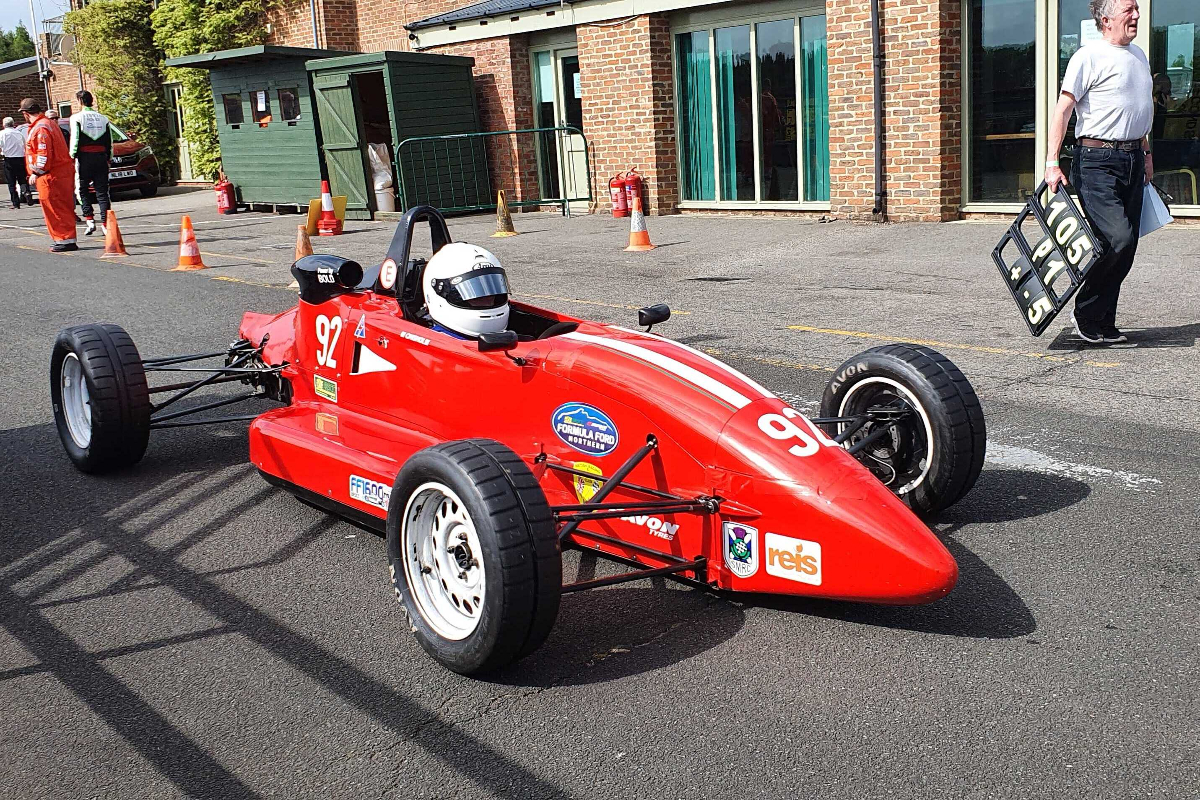 The Scottish Formula Ford championship has lost another event of its 2022 season, and only has two cars currently committed to its remaining two events.

Only two of the four scheduled events that should have taken place so far have gone ahead, with June’s meeting being called off with a lack of competitor interest and this weekend’s races on the Knockhill Motor Sports Club bill going the same way.

In a statement put out to competitors mid-week, the SMRC said:

“At the SMRC Committee meeting on the 28th June and owing to the continued low number of registered FFord competitors it was decided to cancel rounds eight and nine of the Scottish FFord championship, scheduled to take place during the KMSC race meeting at Knockhill on Sunday 10th July.

“The SMRC Committee are putting in place a working group to consider the future of single-seater racing in Scotland, with a view to running some races as scheduled on 21st August and 9th October.”

Although there were at least 18 cars starting each race of the first two rounds, the second of which took place at Croft whereas all others run at Knockhill, the grids were bolstered by joining up with the BRSCC National FF1600 championship and there were only four drivers registered for Scottish points.

After the third event was called off at short notice at the start of June, Graham Brunton Racing’s single-seater rookie Lucas Blakeley said he was “assessing what my racing options are for the year” and last week announced he has joined Veloce Racing as an Esport drivers for the remainder of 2022.

Neil Broome also won’t be returning to the Scottish FFord grid as he has sold his Ray GR17 and his StrongBroo Racing team is focusing on a different race programme in Scotland now. He created the Scottish Renegades Cup when Scottish FFord was called off in 2020, and has been vocal since the series’ return last year in wanting the organising Scottish Motor Racing Club to do a better job of promotion.

That leaves just GBR’s Michael Gray and privateer Matthew Chisholm as set to race in the remaining rounds on August 21 and October 9 at Knockhill after both confirmed to Formula Scout their intentions to. Reduced points would be on offer if they are the only two to attend, with 20 points for victory and 16 for second place rather than 25 and 20.

However it is likely that FF1600 will be pulled from the weekend schedules by the SMRC if no more than four cars can be attracted in each instance, and would leave the series with only five of its 13 planned races in 2022 going ahead and Gray being crowned champion with a best overall finish in a race of eighth place.

If there are no more Scottish races then Gray’s budget will go towards entering the FFord Festival and Walter Hayes Trophy. In 2021 he was 21st in the WHT and just missed out on the Festival final after a last-to-first run in the first progression race.