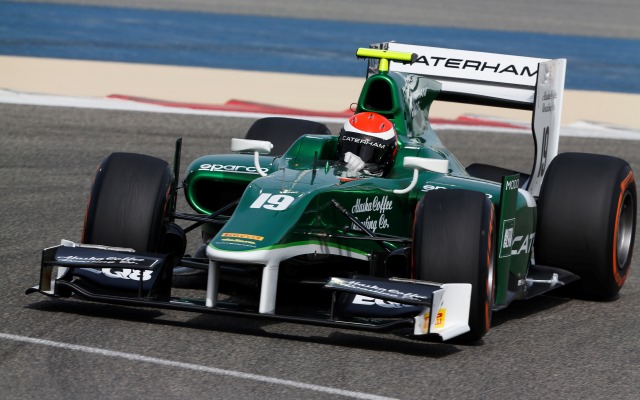 Alexander Rossi posted the quickest time of the opening day of the GP2 test in Bahrain during the afternoon session.

With a fastest lap of 1m40.604s, the Caterham driver narrowly bettered the morning benchmark of his Force India-backed Hilmer counterpart Daniel Abt by seven hundredths of a second.

Abt’s afternoon time was even closer to that of the American, falling just 0.012s short.?Mitch Evans improved after a red flag with ten minutes remaining to take third for Russian Time.

Raffaele Marciello was seventh for Racing Engineering ahead of fellow Italian Vittorio Ghirelli, who has taken the vacant Trident seat for this test.

The test – the second and last pre-season running before the opening round in Bahrain on 5-6 April – continues on Thursday and Friday.