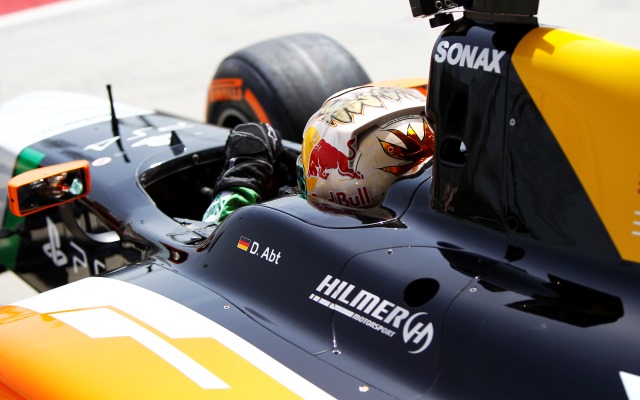 Daniel Abt finished up more than half a second clear of the GP2 field in the first session of the Bahrain pre-season test.

The German driver put in a time of 1m40.676s after the chequered flag, putting him 0.516s clear of Arthur Pic who had nearly continued his time-topping form from the final Abu Dhabi session last week.

Facu Regalia, Abt’s team-mate in the Force India-backed Hilmer Motorsport team, had led into the final minutes of the session but ended up third.

Felipe Nasr was fourth for Carlin ahead of the Caterham duo of Rio Haryanto and Alexander Rossi.