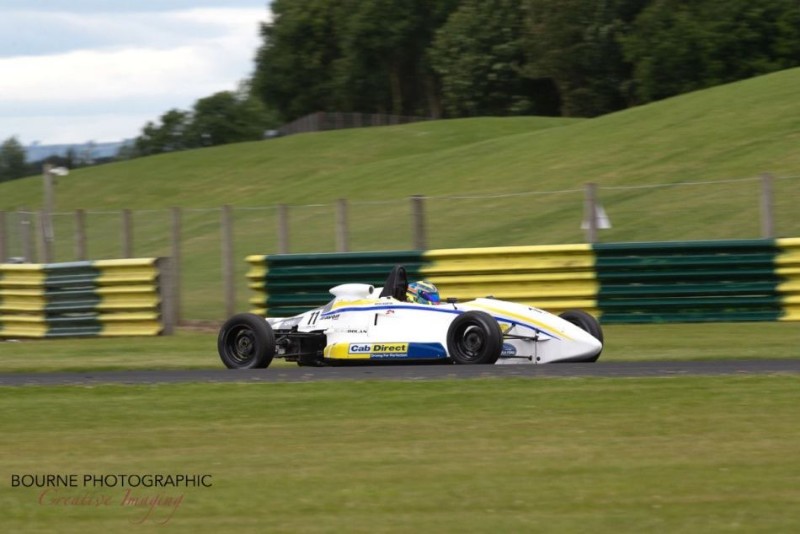 Making a sharp getaway from pole, Martin completed the first lap with a 1.467 seconds advantage over title rival Spike Kohlbecker, who made a rapid start from fourth to pass both Kohlbecker’s Cliff Dempsey Racing team-mate James Clarke and Rory Smith.

Kohlbecker?s defence was broken on lap four as Clarke placed his Ray up the inside on the run into Tower, squeezing the American off the circuit and down into fifth place.

The fight then split into two sections in the second half of the race, with Clarke and Smith squabbling for second. On the last lap, it appeared their fight was going to end in tears as the pair banged wheels through the high-speed Jim Clark Esses.

Both Clarke and Smith had to take to the run-off to avoid spinning, with Smith coming back on-track marginally in front to take the chequered flag in second, 0.687s ahead of Clarke.

Maclennan took fourth after a long-battle with Kohlbecker, who ran off-track at Sunny In, losing positions to Maclennan and Browne.

While Kohlbecker had fallen to sixth after his trip off-road, Leigh fell the furthest of those in the midfield scrap; a mechanical problem dropped him to 15th and last on the road.

Seventh went to Jamie Sharp, the Dolan driver comfortably ahead of Oldfield Motorsport?s Carter Williams, the British Formula 4 racer returning to the championship after a season with Don Hardman Racing last year.