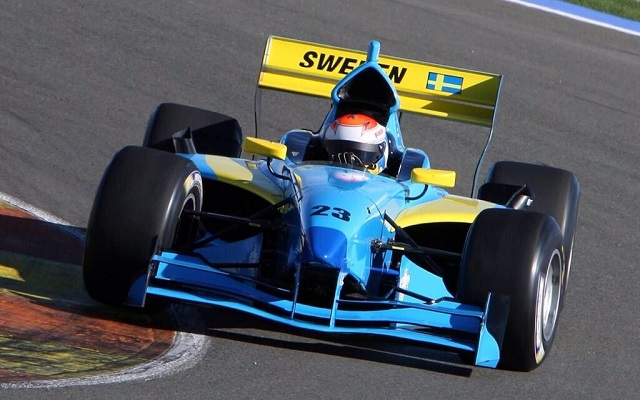 FIA F3 European Championship runner-up Felix Rosenqvist will take part in the opening round of the FA 1 Series at Portimao on 25-27 of April.

Rosenqvist, 22, will represent Team Sweden, which is run by Performance Racing, who took him to fifth in the German F3 standings back in 2010.

Since then, Rosenqvist has focused on the F3 Euroseries (now FIA F3), taking fifth, fourth and second over his three campaigns in the series and winning the standalone F3 Masters of Zandvoort event on two occasions. For 2014, he will continue in FIA F3 with Mucke and, as such, is yet to be confirmed for any further participation in FA1 past the series opener.

“I?m happy to have been given the opportunity from everyone involved to do the FA1 race in Portimao,” stated Rosenqvist. “It?s not often that you get to represent your own country in an international motorsport event, and the guys at Team Sweden have really been working hard to make this happen. It?s a brand new championship, but I?ve done a couple of tests over the winter and it?s all been positive so far. I?ll be going to Portugal to support the team and to gain experience in a big, powerful car ? which can only be a positive for my future career ? and I?ll also get to try out pit stops for the first time. I?ll do my best to give Sweden a strong start to the season!”

Rosenqvist is the third officially unveiled name for the Portimao round, as he joins expected series full-timers Sebastian Balthasar and Nigel Melker.

“We are absolutely thrilled to have Felix in the Team Sweden car for the first round of the season,” said Team Sweden manager Bobby Issazadhe. “He is one of the most highly-rated talents of his generation, and he?s a great guy and team player. To my mind, he?s not just the fastest F3 driver in the world; he?s also massively good at adapting to new situations. When he tested the FA1 car for the first time back in November, he was instantly on the pace and ended the day P1, and it will be down to us to give him the car he deserves in Portugal. The Acceleration platform has a lot of promise and we?re glad to be a part of it from the beginning.”