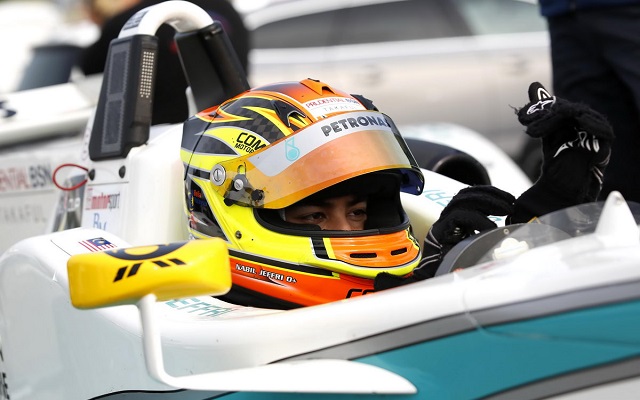 Malaysian racer Nabil Jeffri has been confirmed for a sophomore season in the German F3 series.

Switching to Team Motopark, Jeffri will be racing with the current teams’ champions, his new team also having won the drivers’ title last year with Marvin Kirchhofer and locked out the rest of the top three with Artem Markelov and Emil Bernstorff.

The 20-year-old Malaysian started his junior single-seater career in 2010, finishing fifth in Formula BMW Pacific. He became the youngest ever Formula One test driver in the same year, as he took part in an aerodynamic test for Team Lotus, currently known as Caterham F1.

Jeffri spent the next two seasons in the JK Racing Asia Series. He collected five victories and 21 podiums over the course of his tenure in the championship, finishing his campaigns in third and second respectively.?Last year, he made a step up to German F3 with EuroInternational and had a solid rookie year to end up in eighth.

Jeffri, a likely title contender given his experience in the series, already has three previously-confirmed rookie teammates in Colombian Andres Mendez and ADAC Masters graduates Indy Dontje and Florian Herzog.