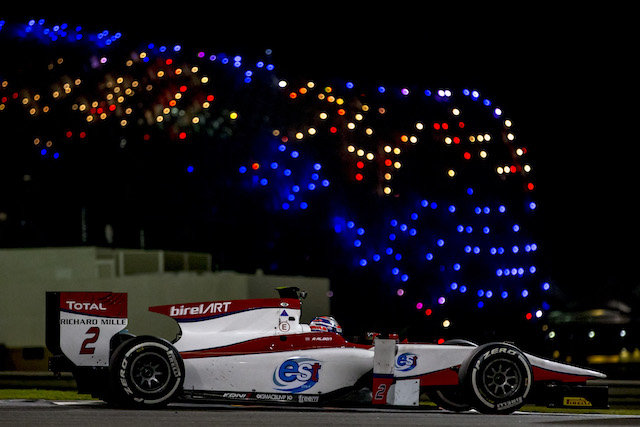 GP3 runner-up?Alex Albon?topped the times on only his second day in a GP2 car in the Abu Dhabi post-season test.

The Anglo-Thai had been?the best of the newcomers in the morning session in fifth – behind?Oliver Rowland,?Raffaele Marciello, Johnny Cecotto and?Jordan King – and then bettered Rowland’s benchmark by six tenths of a second as he topped the afternoon running for ART Grand Prix.

Day one pacesetter Marciello was only 24 thousandths behind in second, with?Albon’s GP3 rival Charles Leclerc only a further six thousandths further back in third for Prema.

King, on the first of two days testing for MP Motorsport, and Cecotto (Rapax) completed the top six.

Antonio Fuoco was ninth in the second Prema car, and?Nyck de Vries rounded out the top 10 on his first day in a GP2 car, driving for Rapax.