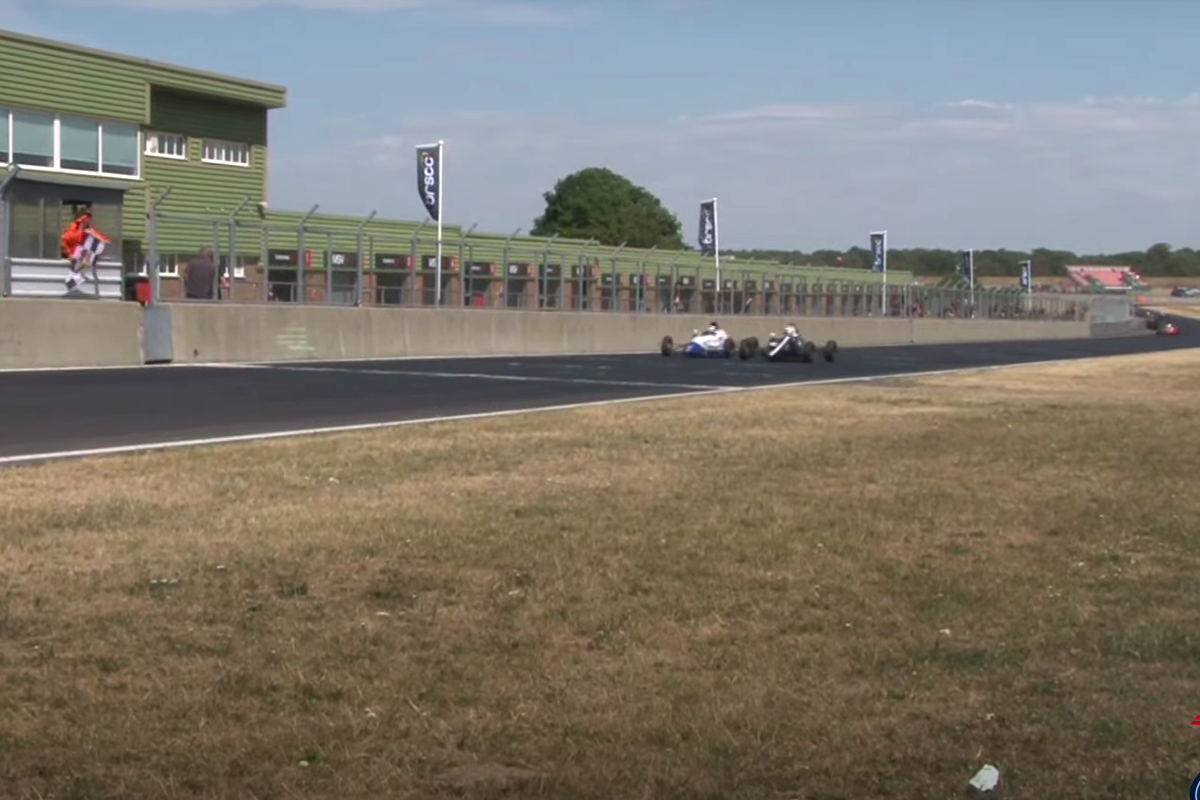 Ammonite Motorsport’s Andre Lafond started on reversed grid pole ahead of Morgan Quinn and Brandon McCaughan, who almost spun at the Montreal hairpin. Behind him several cars did though, and caught up in that drama was title contender Colin Queen who had to retired.

Lafond lost the lead to B-M Racing’s Jamie Sharp at Brundle, and Sharp was the driver being chased until lap four when Oldfield Motorsport’s Romanek did him at the same corner.

He couldn’t escape though, and soon had a three-way fight with Sharp and the charging Dempsey who almost bump drafted the leader on lap six of eight into Riches. Sharp took the outside line and held on to second, but Dempsey got through soon after and drew alongside Romanek at the end of the lap.

He crossed the line 0.172s ahead of Romanek, while Sharp mysteriously dropped down the order, and Dempsey pushed to open up a gap of four tenths going into the final lap. He resisted pressure from Romanek until the final corner, where he ran wide and through the dirt before returning to track alongide Romanek. It was a drag race to the chequered flag after that, and Romanek triumphed by the smallest of margins.

Lafond finished a few seconds back in third ahead of his team-mate Shawn Rashid, who had started towards the back, and McCaughan edged Quinn in a drag race for fifth after battling with the guesting Andrew Rackstraw.