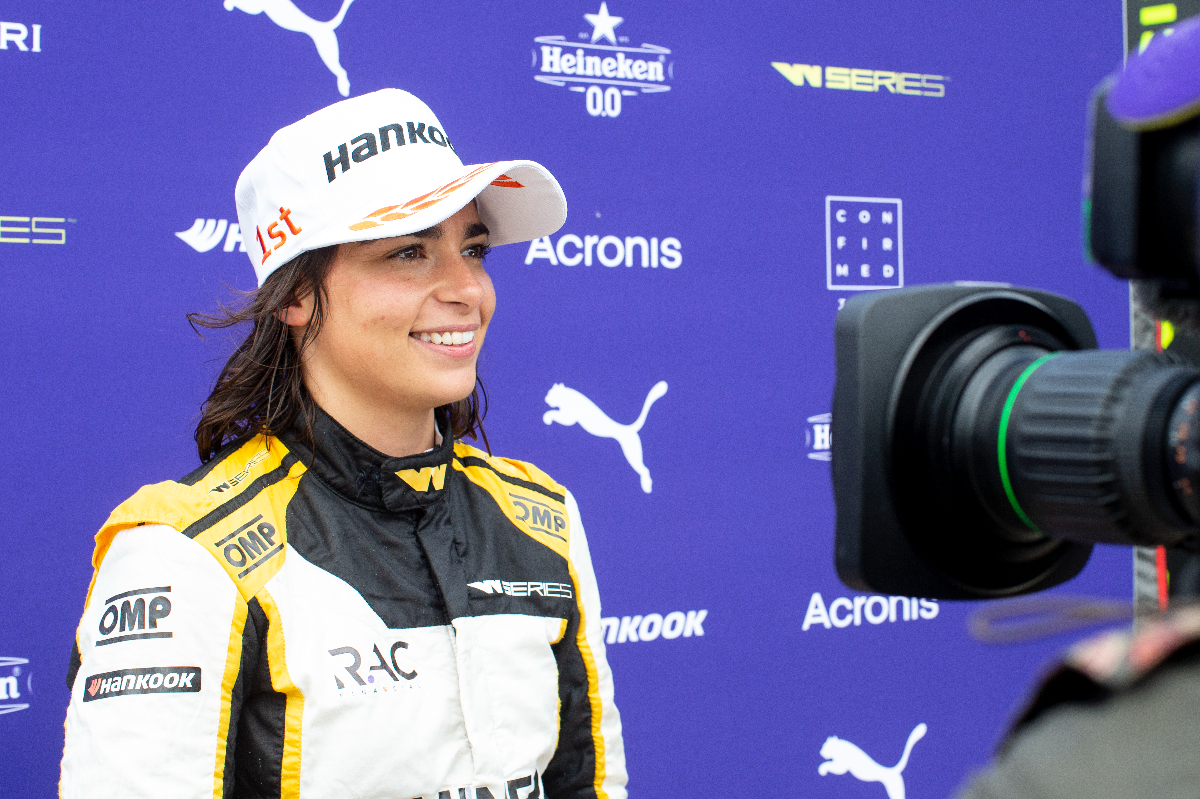 Two-time W Series champion Jamie Chadwick is considering a move to Indy Lights for next year, as well as European series.

Chadwick has spent the past four years racing in Formula Regional, claiming the title in the all-female W Series in 2019 and 2021, and in 2020 coming fourth in FRegional Asia and ninth in FRegional Europe.

This year she is racing in W Series again after a planned step up to FIA Formula 3 Championship didn’t happen, and has won every race in the season’s first half. Formula Scout asked her where she planned to race in 2023 after her most recent win.

“My goal is always to keep progressing,” she replied. “I really do want to step up, and I know I need to still perform this year.

“But I’ve still got one eye on the future as well. Any feeder series is the goal, so F3, Formula 2, but also actually looking at America. Opportunities potentially in Indy Lights as well.

“Exploring all options. We’ve got a nice big break after Budapest, so I think there will be some time to really understand what we’re capable of what the best opportunity is [for next year].”

The next W Series round is at the Hungaroring this weekend, and there is a lengthy gap before the series resumes at Suzuka in October. By then, most of the seats on the 2023 F2 and FIA F3 grids will have already been settled.

There will be more available seats in Indy Lights next year as several new teams join the championship, including potentially a European team.

A move to the United States for Chadwick would be an unusual one if she was to continue as a junior of the Williams Formula 1 team, which had intended to finance a step up to FIA F3 this year along with her accumulated W Series winnings.