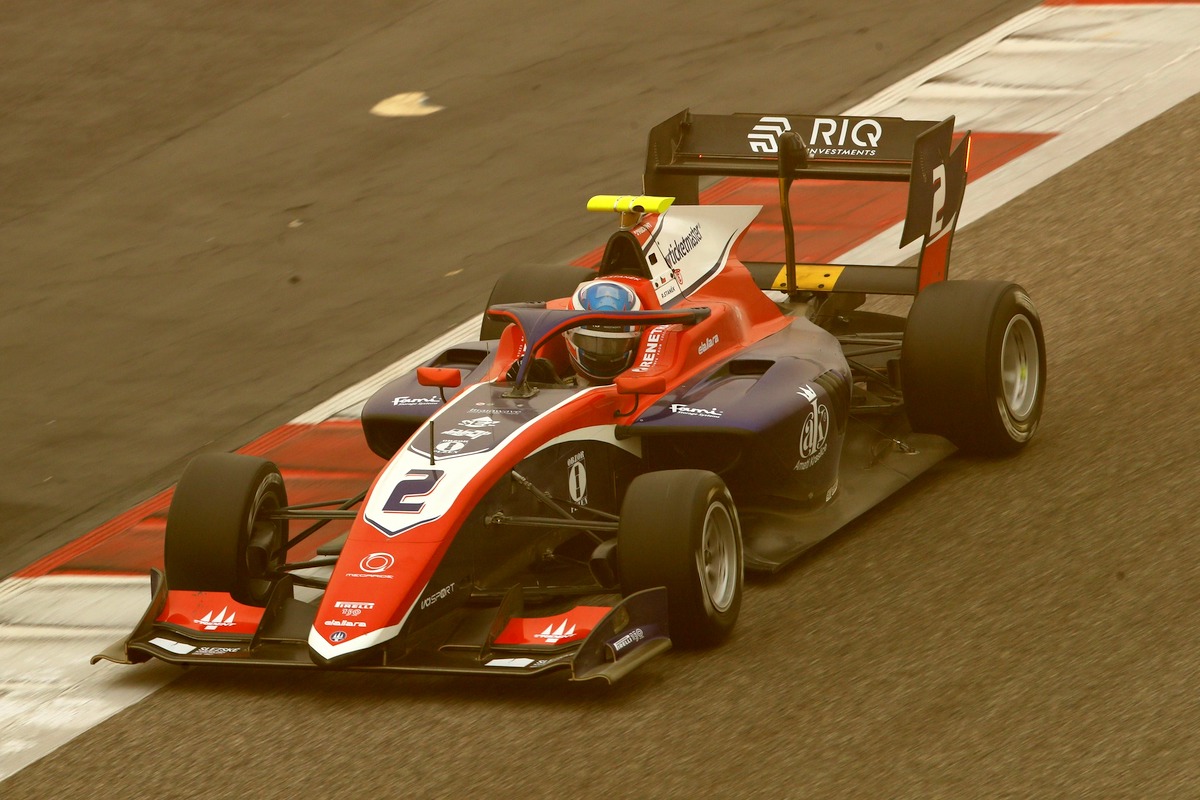 Roman Stanek topped the times in free practice as the FIA Formula 3 cars took to the track for the first round of the season in Bahrain.

Making his debut with Trident, Czech driver Stanek was immediately on the pace and set the fastest lap of the session, a 1m48.012s, on his sixth lap.

Rookie Gregoire Saucy, driving for ART Grand Prix, ran consistently at the front throughout the session, his fastest time of the morning just 0.024s slower than Stanek’s best.

Arthur Leclerc was the best of the Prema squad in third place, ahead of the pre-season pacesetter Isack Hadjar of Hitech GP, although his time was over one second down on his best time from testing.

Track action was limited in the early stages with MP Motorsport duo Caio Collet and Alexander Smolyar trading best times in the first 15 minutes. Both dropped down the order as the times started to fall, although Smolyar – competing as an Authorised Neutral Driver – held on to ninth place at the chequered flag.

With 30 minutes remaining Saucy, team-mate Juan Manuel Correa and Van Amersfoort Racing’s Franco Colapinto moved to the front of the field. Colapinto was pushing to the limit on VAR’s debut in FIA F3, including a wild moment at Turn 1 towards the end of the session.

His team-mate Rafael Villagomez was an impressive eighth as the team made a strong start, although Reece Ushijima brought out a brief yellow flag when he stopped at the side of the track before rejoining.

Last year’s leading teams Trident and Prema were among the last of the runners to take to the circuit.

Trident’s remaining drivers Zane Maloney and Jonny Edgar were over 0.7s off Stanek’s pace and finished in 11th and 13th positions respectively.

Ollie Bearman and Jak Crawford were both in the top seven on their first outings with Prema.

ART GP’s third driver and one of the championship favourites, Victor Martins, did not feature at the front at any stage and could only set the 12th best time.

The Carlin trio seemed to struggle, as all three drivers finished the session in the bottom five positions.