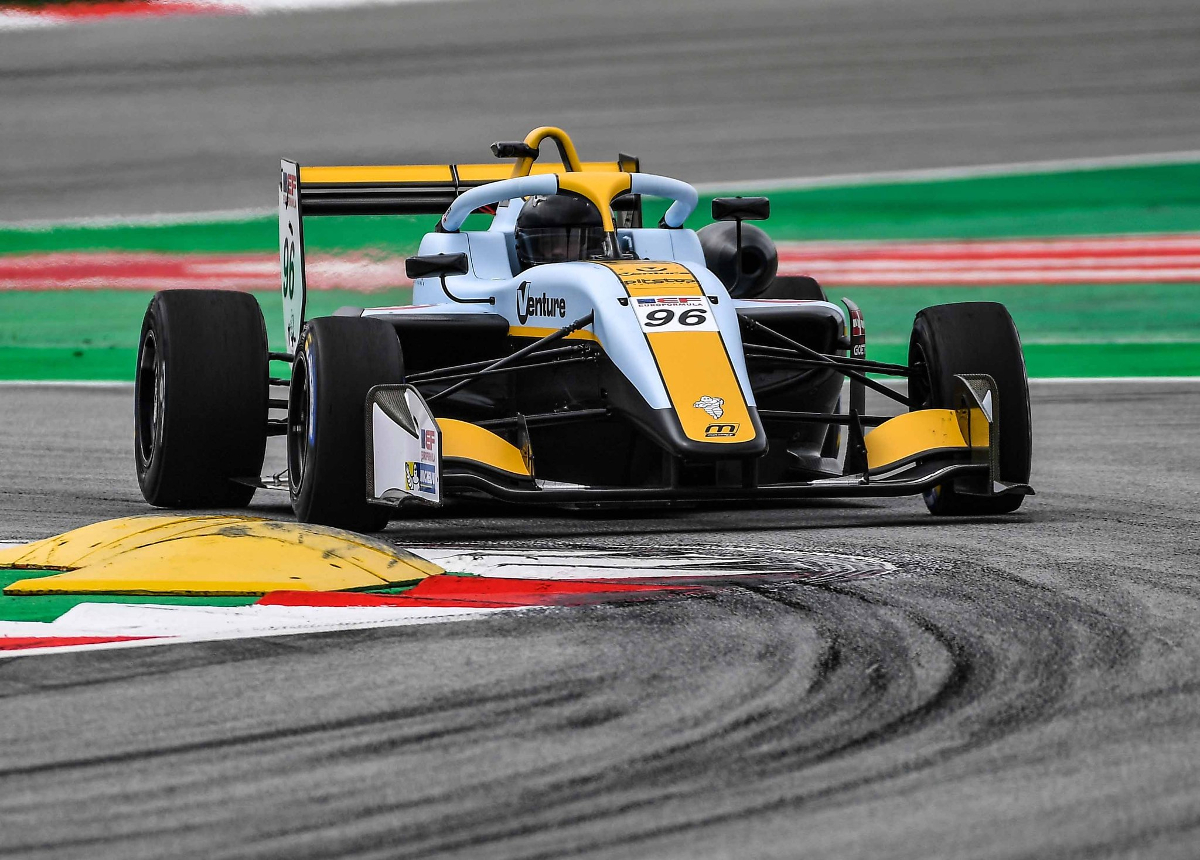 Goethe set the benchmark pace at the start of the second day, making use of the cooler conditions to post a 1m34.994s. That was a gain of almost half a second over day one’s pace, and put him 0.243 seconds ahead of Drivex’s Alex Peroni.

The three other sessions of the day were slower, with Van Amersfoort Racing’s Filip Ugran topping the second Thursday morning session. He pipped Goethe to first place by 0.007s with a 1m35.699s lap.

Peroni was 0.299s back in third, and BVM Racing’s Francesco Simonazzi was only 0.009s slower than him in fourth.

A 1m36.229s lap put Peroni on top in session three, the first action of the afternoon, and he faced a challenge from VAR’s Nicola Marinangeli who lapped 0.086s slower in second place. Goethe was third, just ahead of CryptoTower Racing Team’s Christian Mansell.

The day ended with a pace closer to what it had started with, and Peroni headed Goethe at the top. Ugran was third fastest, Simonazzi was fourth and VAR’s Sebastian Øgaard was fifth.

On Wednesday it had been Mansell topping multiple sessions, starting the test on top. He edged Frederick Lubin in session one, during which Marinangeli spun and caused a red flag. Ogaard topped session two, another with red flags as Josh Mason hit the wall and his car had to be recovered. He then missed session three, where Mansell was back on top ahead of Goethe.

Ugran went 0.018s faster than Goethe to head session four, and set the fastest lap of the day. Ugran and CryptoTower’s Mason and Vlad Lomko were the only drivers who set their personal bests on Wednesday, while Marinangeli didn’t set any laps in the final Thursday session.