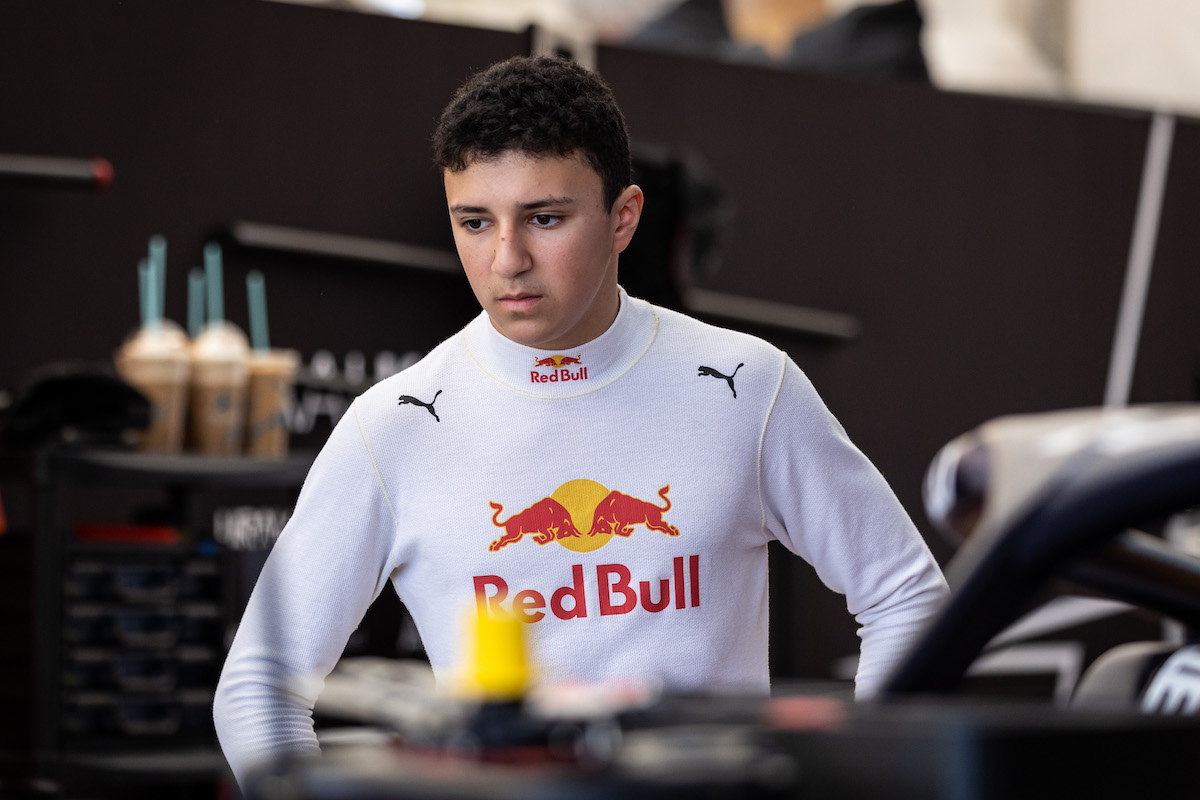 Red Bull junior Isack Hadjar topped FIA Formula 3’s pre-season test in Bahrain but the Hitech driver anticipates a different outcome in the opening round of the season.

Hadjar is stepping up from Formula Regional and led the way in both one-lap and long-run pace across the three days of running at Sakhir ahead of the new season.

But, when asked by Formula Scout in a media session on Thursday ahead of the opener whether the times were representative, Hadjar said that things are likely to be different when the action gets underway on Friday.

“I really don’t think it means a lot,” he said. “Obviously, everything will be a bit different this weekend. With the F1 rubber that will be on the track, it will change a few things. The wind also, and there is also I think a bit of sandbagging around in the teams.

“So I think we are definitely top-10 performance-wise. The car is going well; my feelings is good. I think we have the package to fight for some podiums or maybe wins but it’s quite early at this stage to say anything about the position in the standings at the end of the season, you know.”

Aside from testing in Bahrain, Hadjar also drove in last October’s post-season test at Valencia’s Ricardo Tormo circuit, and feels he is adapting to the team nicely.

“It’s not a lot of mileage, but it was very productive days,” he said. “So, I really tried to learn as much as possible and take every information to be as much prepared as I could with those six days. It went quite well with Hitech, learning really well and the way of working is suiting me quite well.

“There’s still a lot to learn through the season. It’s not with six days of testing that you’re going to perform at the highest level, but I think it’s already a good baseline.

“We collected some great data, we’ve done a lot of laps. So, I felt quite confident with the car and my new team. It’s going well for the moment and I’m very hyped for this first weekend in this category. It will be a big challenge for me but I’m feeling ready to give it everything, you know.”