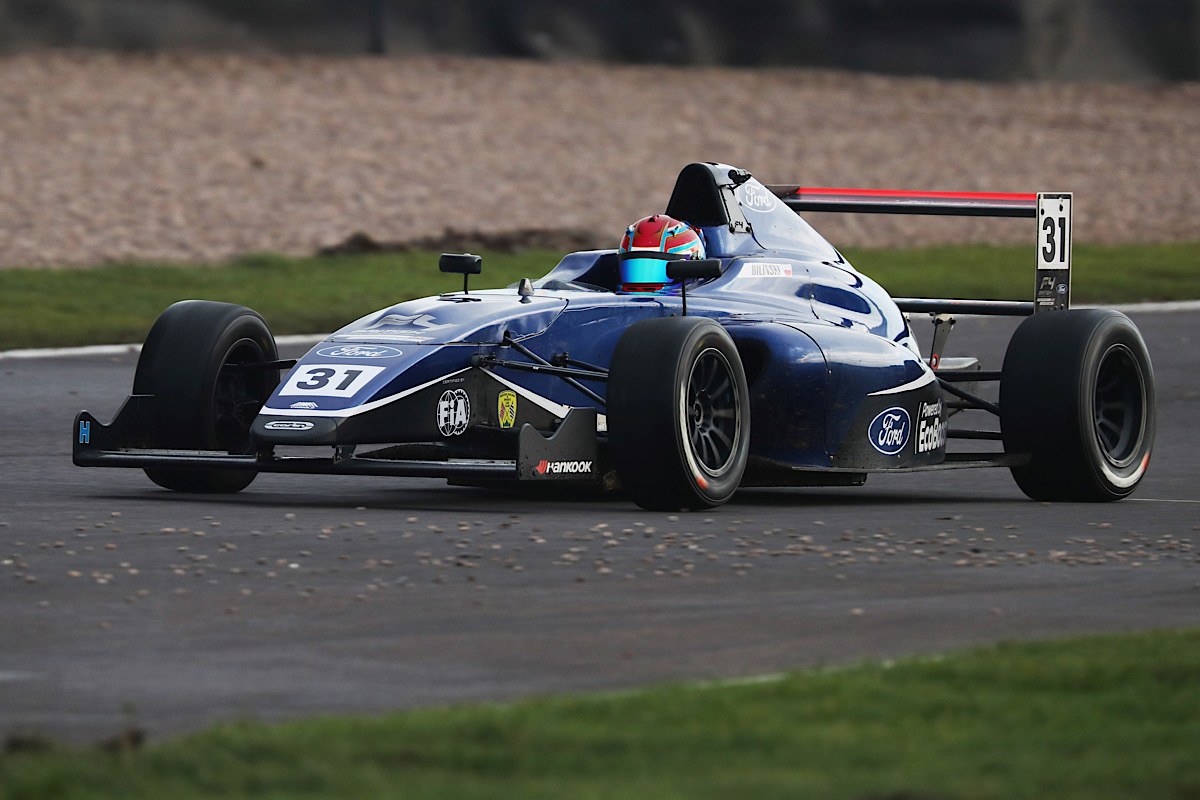 Roman Bilinksi will switch teams from Arden to Carlin for his second season in British Formula 4.

The 16-year-old moved up from Ginetta Junior, where his racing mileage was limited by amounting penalty points on his licence, to British F4 last year and claimed three podiums on the way to eighth in the standings.

He actually scored enough points to finish one place higher, but amassed 21 penalty points over the year and as a result came eighth rather than seventh.

“I’m really excited to be announcing my new partnership with Carlin, and a return to battle for the British F4 title in 2021,” said Bilinski.

“Last season gave me a lot of really valuable experience, and I’m looking forward to putting that together with the team to really unlock my potential.

“I know first-hand how competitive the championship can be, so I’ve got a busy winter ahead of me now to keep testing, keep learning and make sure we arrive at Thruxton in the best position possible.”

Bilinski will be team-mate to single-seater rookie Kai Askey at Carlin, and is the eighth driver to be confirmed on the 2021 grid.

“We’ve been very impressed with him so far in the couple of days testing he’s done in the car.

“Without doubt he has a lot of potential and will be a great asset to the team.  Roman enjoyed a strong first season last year and should be aiming for the championship title in 2021.

“We will do all we can to support him and I look forward to working with him further this year.”