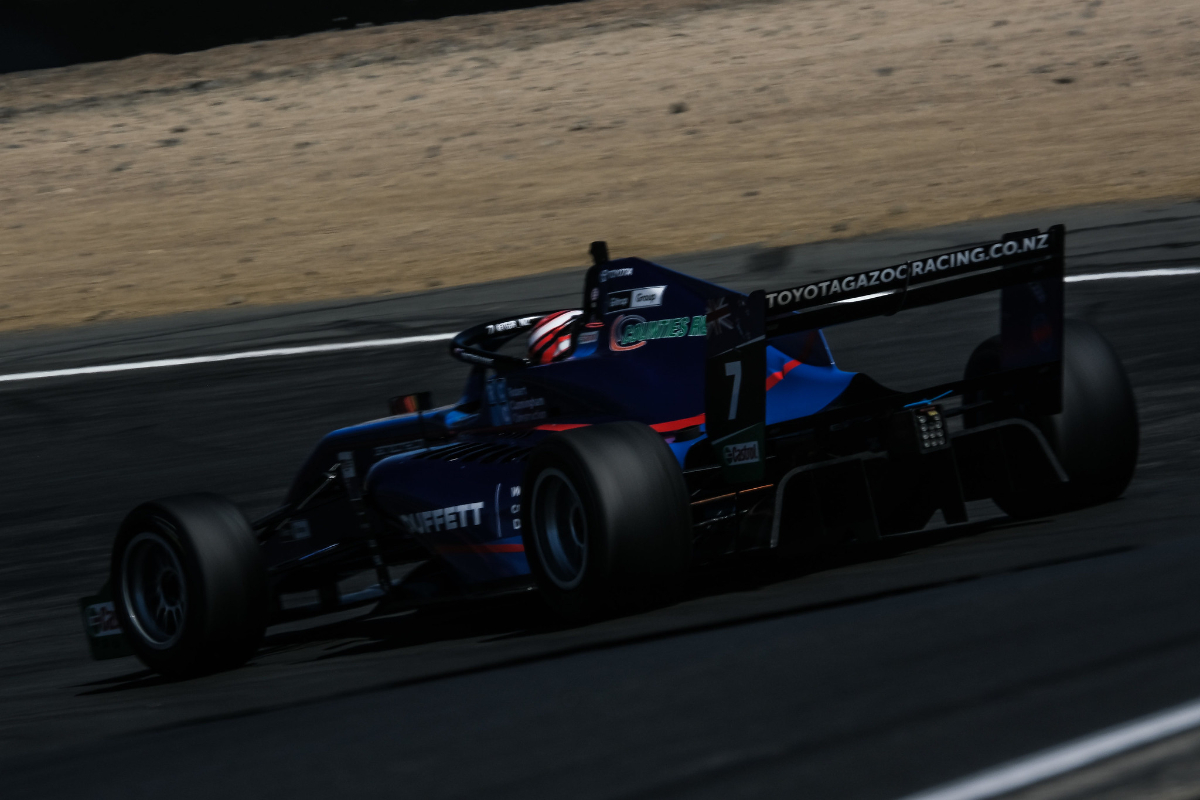 Matthew Payne narrowly edged out Billy Frazer in qualifying for the second Toyota Racing Series round at Hampton Downs.

Only seven drivers are set to compete in this weekend’s two-race event, with many of the racing stars that featured in the New Zealand Grand Prix not running in the whole season.

In addition to that, the action is taking place on the circuit’s National layout rather than the longer route used last weekend.

Payne and Frazer swapped positions at the top of the order throughout the session. The laptimes dropped by just hundredths of a second by every lap before Payne managed to usurp Payne with a 1.01.057s, his final effort of the session.

The lap put him 0.048s ahead of Frazer, who couldn’t improve as he took the chequered flag and had been on provisional pole through the final two minutes.

Toyota 86 sportscar champion Peter Vodanovich, who spent much of the session running in third after briefly going to the top, was also within two tenths of a second of pole in fourth place.

Tom Alexander improved with his final lap of the session, slotting into fifth ahead of Chris Vlok and Conrad Clark.

The second race of the weekend will be longer than the first, and award the Dorothy Smith Memorial Cup.