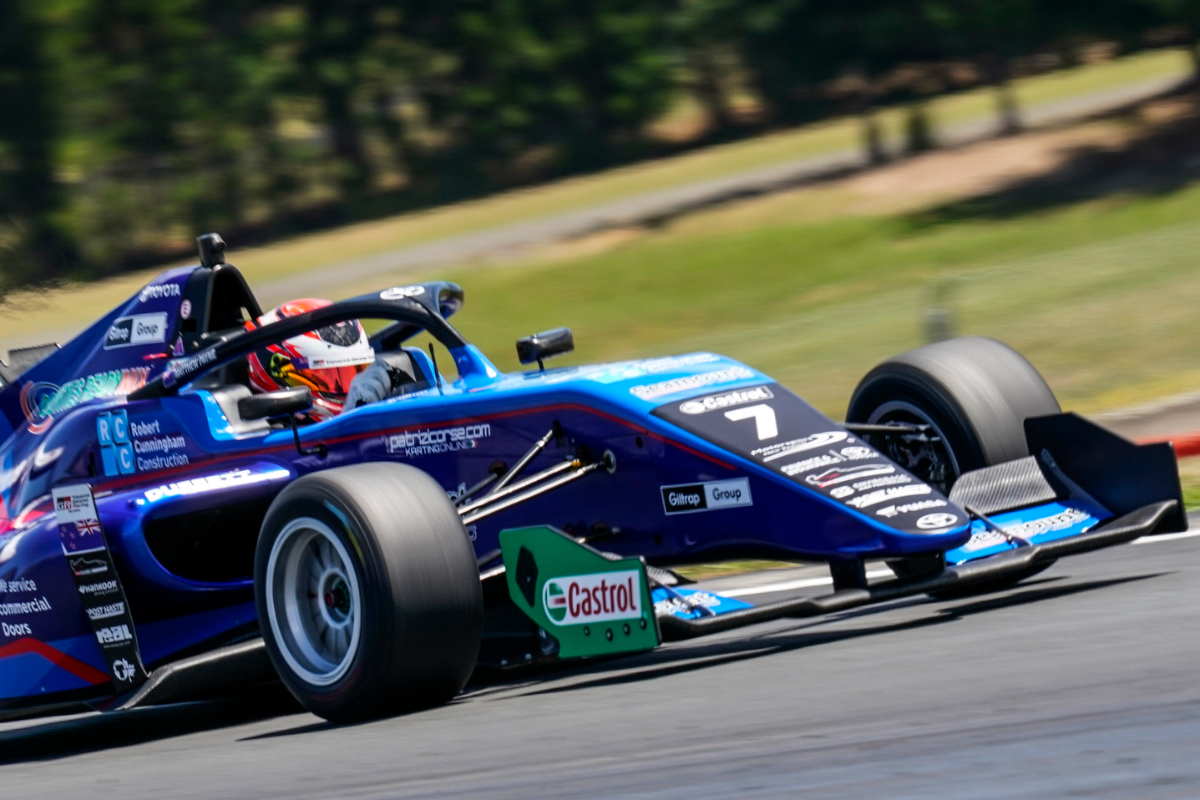 Matthew Payne held off a charging Peter Vodanovich to take his first win of the 2021 Toyota Racing Series at Hampton Downs.

Payne started from pole and got a good getaway while second place started Billy Frazer held up the rest of the field.

Vodanovich, who had started fourth, jumped Kaleb Ngatoa off the line, but it took a few laps to find a way past Frazer.

By the time Vodanovich had made his way up to second, Payne had a gap of 1.508 seconds to the rest of the field.

Setting fastest laps as he did, Vodanovich quickly closed the gap to Payne and by the halfway point he was on the tail of the poleman.

The pair spent most of the second half of the race running nose-to-tail. Vodanovich tried to find a way past, but Payne offered no opportunity.

A small mistake for Vodanovich late in the race gave Payne some breathing space, but Vodanovich recovered without losing any positions and started the process of closing in on Payne again, but ran out of laps before he could get close enough to challenge.

Payne took his first TRS win, having only recently graduated into single-seater racing from karts, by 1.020s ahead of Vodanovich.

After being dropped to third, Frazer enjoyed a simple race to come home in the podium position.

Away from the leaders, the main battle through most of the race consisted of Tom Alexander, Conrad Clark, and Chris Vlok. Clark started from the back of the grid but quickly climbed up through the order and was briefly running fifth.

With Alexander and Vlok close behind, Clark allowed Ngatoa to get away and focused on retaining fifth.

Alexander dropped to the back of the field in the opening laps, but found a way past Vlok late on and kept the pressure on Clark. He was able to find a way through late in the race to take fifth.