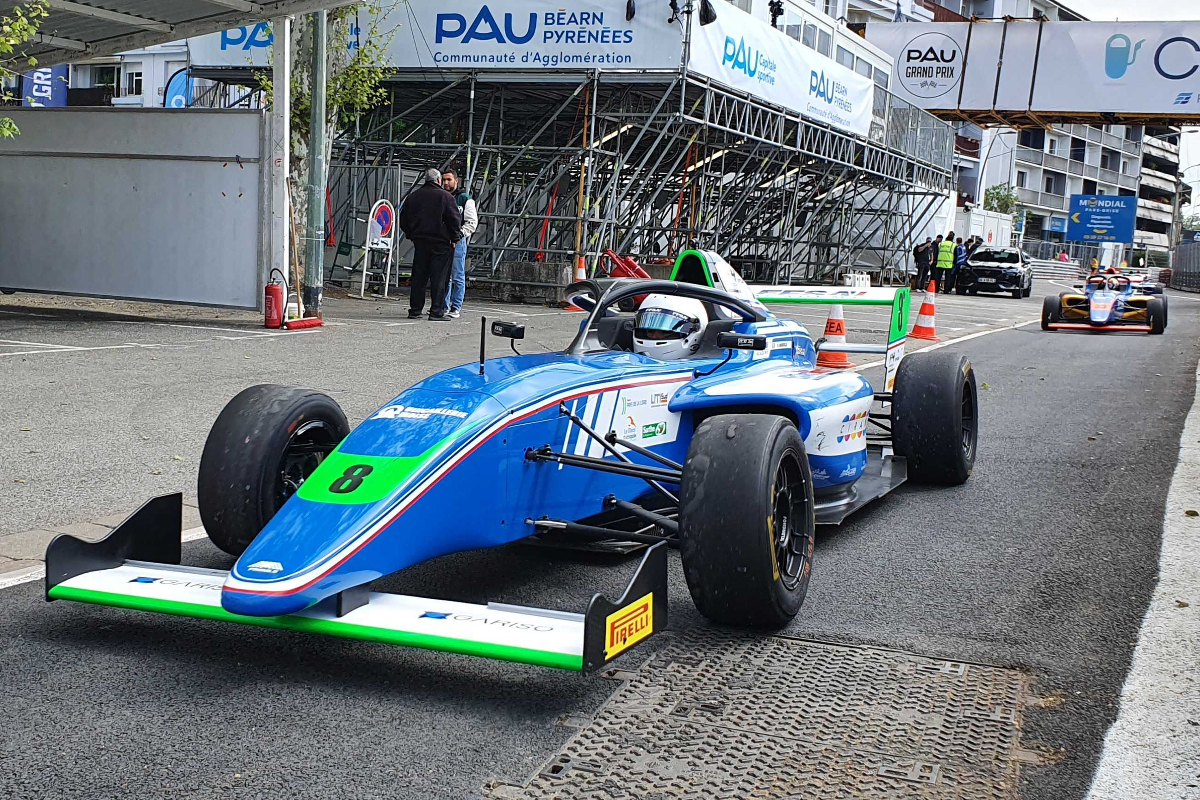 Romain Andriolo won from pole in the reversed grid French Formula 4 race in Pau, but it was by no means a straightforward run to victory.

From start to finish the Frenchman had Max Reis on his gearbox, but there was little room on the street circuit for the German to attempt a pass.

One opportunity that was presented to him was a safety car restart mid-race, with the pause in the action coming after Jeronimo Berrio stopped at turn five, but Andriolo’s did an expert job of accelerating away at the right time to avoid coming under attack into turn two.

Yellow flags were waved again later on, and again almost provided Reis the chance to go for the lead. Honda junior Souta Arao spun out at turn nine and his car was recovered so swiftly that no safety car period was needed, then on the last lap the battle for third exploded but was too late to impact proceedings ahead.

Elliott Vayron had pressured Pierre-Alexandre Provost most of the race and tried to go down his inside at the Lycee hairpin to claim the final podium spot. He got his nose ahead, but after opening the steering there wasn’t enough angle to actually make the corner. They made side-on-side contact and Provost stopped in the middle of the track while Vayron on his tighter line was able to reverse and then go around Provost’s outside but then stopped again.

The track was now semi-blocked, and Leny Reveillere and Louis Pelet rode the inside kerbs to try to get through but then couldn’t get their cars turned and went straight into the barriers, and Enzo Richer and Luciano Morano got stuck behind them too.

Andriolo led Reis home for victory, while Dario Cabanelas was the immediately beneficiary of the late drama as he moved up to third ahead of Alessandro Giusti and championship leader Hugh Barter.

Pablo Sarrazin had been fighting Arao at the bottom of the top 10 but ended up finishing a distant sixth, with Lorens Lecertua and Valentino Mini occupying the final points places.

Of the last-lap crashers, all but Reveillere actually managed to make it to the finish with various degrees of damage.